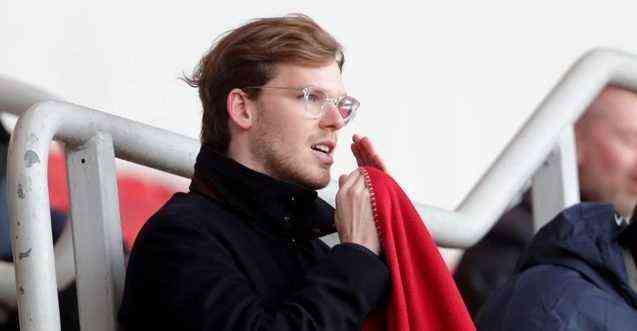 Amazing! Sunderland will seek to rise to the Premier League with Kyril Louis-Dreyfus, the young heir to a millionaire group.

The story of the team founded in 1879 reached the screens in the Sunderland’ Til I Die series, millions of people fell in love with the institution thanks to it, and now they hope that the situation will change.

If you haven’t seen the series on Netflix, we’re sorry to tell you that you’ll find some spoilers here. At the end of the second season, Sunderland is in the hands of Stewart Donald, Juan Sartori, and Charlie Methven.

Now, these 3 characters will have minority shares, as the Louis-Dreyfus group acquired the club. Kyril Louis-Dreyfus is the son of Robert Louis-Dreyfus, a businessman who passed away in 2009 and was the CEO of Adidas, as well as the main shareholder of Olympique de Marseille.

What’s next for Sunderland?

Sunderland announced the inauguration of Kyril Louis-Dreyfus through a statement. The English Football League authorized the change in majority stake, and the process that began in December 2020 came to an end.

“I am proud to be a part of this institution, but I also recognize the important responsibility that comes with it. It is the beginning of a chapter in the history of Sunderland AFC and, although the current landscape dictates challenges to be overcome, I am confident that together we can establish a solid foundation to achieve sustainable and lasting goals,” explained the new president.

In fact, the 23-year-old was already present at the Stadium Of Light, during the exciting semifinal of the Football League Trophy. The final of this tournament will be played at Wembley on March 14; there, Sunderland will face Tranmere Rovers.

This important game is joined by the season in Football League One. For now, the team is seventh in the standings, but only the first two places are directly promoted; the third ticket to the Second Division is the winner of the playoffs, an instance in which they only participate from third to sixth place.

After the death of his father, Kyril Louis-Dreyfus, of the family fortune. According to Forbes, he currently has a trust of $ 2.7 billion, which is run by his mother Margarita Bogdanova, the richest Russian businesswoman globally.

The new president of Sunderland has always been very close to football and even other disciplines. Since he was a child, he went to the Marseille stadium and is friends with athletes such as Ousmane Dembélé, Ferland Mendy, and Lewis Hamilton.