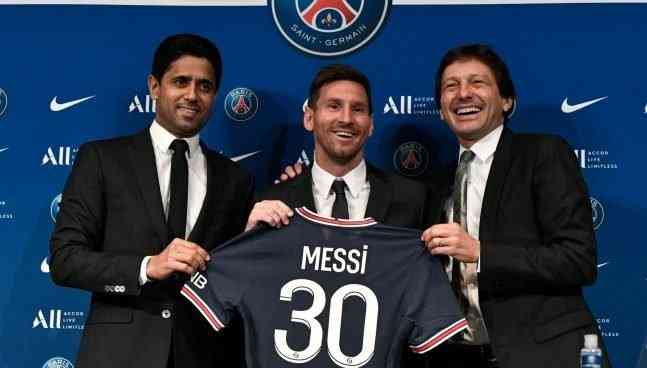 The sports director of Paris Saint-Germain, Leonardo, gave an interview to Canal Plus in which he spoke about the signing of Messi after he did not renew with Barcelona and acknowledges that they contacted him in January.

The sports director of Paris Saint-Germain, Leonardo, gave an interview to Canal Plus in which he spoke about the signing of Messi after he did not renew with Barcelona. In it, the Brazilian acknowledges that they had contacts with the Argentine star before signing him, “but always after January.”

« I cannot hide that we had contact with Messi from before, but always after the month of January, when he was already in the final six months of his contract. We never contacted him before January 2021 », he commented in relation to the arrival of the former Barça player. Leonardo makes it clear that the contacts were at all times when the footballer was free to negotiate with any team.

At the time, Joan Laporta, president of Barcelona, ​​attacked the French team when Leonardo himself openly acknowledged his desire to sign Messi in January: «With all due respect, I must say that I did not like the behavior of PSG in absolute. They disrespected Barca. I have always followed the evolution of PSG closely, now they are a team that must be trusted on the European scene, but I was surprised and disappointed.

On the other hand, the sports director of the Parisian team, explains how his signing was forged after not renewing with the Barça club. «I think his idea was to stay in Barcelona. Honestly, it was clear to him that his idea was to stay in Barcelona and possibly retire there” Leonardo begins by saying and then reveals how they appeared:” But then Messi’s story with Barça ended, and we arrived. His desire to come motivated us to carry out the operation. Imagine a player like Messi with the PSG shirt, that is something great, very beautiful. Now that I am getting to know him, he is a correct person, serious and very concise.