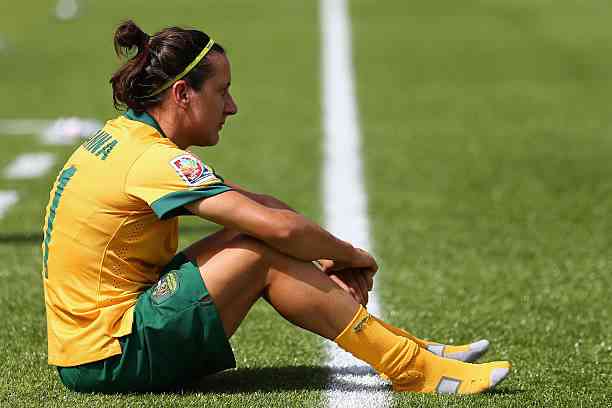 More and more cases of abuse are revealed in women’s football, and Lisa De Vanna decided to raise her voice about what happens in Australia.

Women’s soccer is much more than a growing industry. What should be a safe space for millions of girls and women in the world turned out to be a dark world where harassment and abuse of female players prevail. Australia is no exception, as the historic Lisa De Vanna revealed a bit of what happens in this country.

As the days go by, the number of cases of this type also increases. What began with the complaints against Paul Riley in the NWSL spread to Latin America with the Venezuelan National Team. 24 footballers came together to publicize the abuse and mistreatment they experienced for years under the technical direction of Kenneth Zseremeta.

Almost at the same time came the words of Lisa De Vanna. Today retired from professional football, she lived through different stages as an Australian selected and not only witnessed harassment or intimidation, but also lived it firsthand.

The statements of Lisa De Vanna that shook Australia

In an interview with the Sydney Daily Telegraph, Lisa De Vanna recounted her experiences in the Australian National Team. The former forward explained that her own colleagues came to mistreat her, and this coincides with a publication she made a few months ago on social networks: “I know women who protect women who abuse women. Players who protect veteran players who abuse young players. “

Have I been sexually harassed? Yes. Have I been bullied? Yes. Have I seen things that have made me uncomfortable? Yes. They thought it was fun. She was just a girl from Perth, she didn’t know anything different… She wanted to hit them. As a young player, I did not know how to label this, but it continues to happen at all levels, and it is time to speak up,” she told the newspaper of her country.

But the story does not end there, because De Vanna asked for consequences, and the Federation took action on the matter … in its own way. Through a statement, the agency claimed not to have knowledge of the issue until the publication was made in digital media.

For now, there will be no further investigation of the case. The FFA indicated that there would only be conditions to “investigate and, if appropriate, act on it” when Lisa De Vanna files a formal complaint in “the appropriate channels.”

Fans of women’s soccer strongly criticized this position, since they consider that these cases do not have the handling they should regardless of who it is. However, there was no response from the managers.