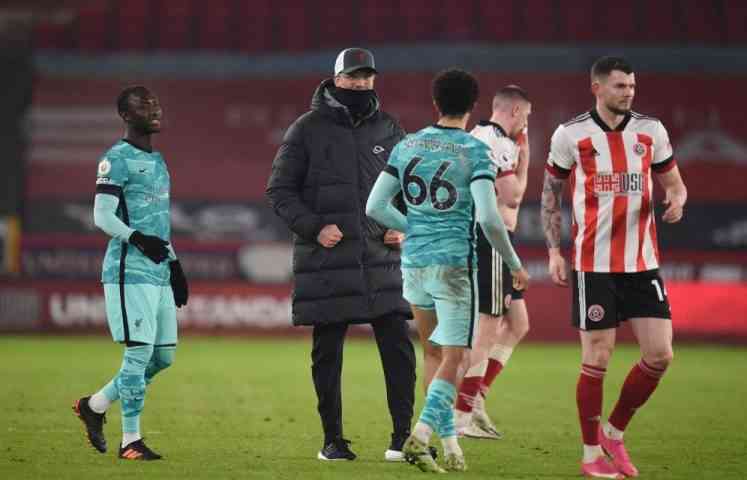 The racist attack on social networks on Naby Keita and Trent Alexander-Arnold is condemned by the entire Liverpool institution and condemns it.

Liverpool had a bad night in Madrid, things didn’t go as they wanted, and they made several mistakes that cost them the first leg, but that does not justify taking action on social networks or on any platform against the players, and much less with racist comments.

Some fans of the “Red” team took the defeat very seriously and went directly to social networks to unleash their fury against 2 players, in particular, Trent Alexander-Arnold and Naby Keita. Both footballers received nasty comments on Instagram.

The Liverpool midfielder and full-back received comments on past posts on their social media accounts with unpleasant and racist emoticons. The attack on Naby Keita was in a post prior to the loss to Real Madrid, and that of Alexander-Arnold was in a post made on Sunday.

According to Sky News, the social network Facebook, which owns Instagram, is already under investigation into Naby Keita and Trent Alexander-Arnold’s plight on their social networks.

In a statement, Liverpool spoke out against racism and showed support for their players: “Once again, we are sadly discussing abhorrent racial abuse the morning after a football match. It is absolutely unacceptable, and it has to end. “

Not only that, in the letter they also complain about the few preventive measures that exist in social networks and that there are no exemplary punishments for this type of attack against players or anyone who may suffer from racism.

Unfortunately, this is not the first time this type of attack has happened in the Premier League, we constantly see news about footballers receiving racist insults on social media.

On Tuesday, the striker Ivan Toney Brentford suffered a racist attack on Instagram, it would be the second time the player receives such comments. The 25-year-old footballer showed a private message sent to him after Brentford’s goalless draw with Birmingham.

Even forward, Thierry Henry, legend of Arsenal and the Premier League, made the decision to close his social media accounts due to the toxic environment that existed in them and will not return until the necessary measures are taken.

Who Is And How Does Ilias Akhomach Play, Xavi’s Trusted Youth At Barcelona?