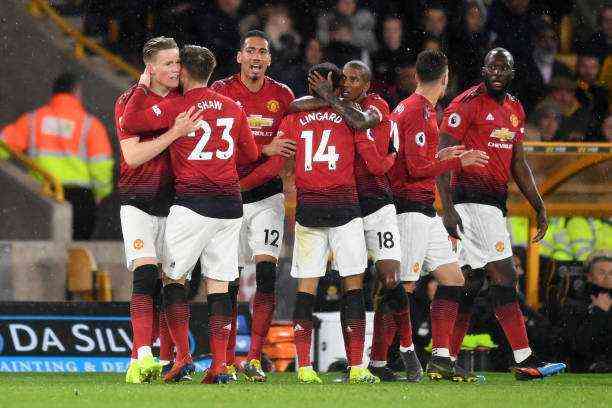 Guardiola’s City defeated Aston Villa 2 – 0. For their part, United, leaders of the English league, beat Fulham 2 – 1 with a goal from Paul Pogba.

As usual, this year, the Premier League is hotly contested. Manchester United, Manchester City, Leicester, Liverpool, Tottenham, and Everton are the six teams that are in contention to win the championship.

Precisely, this Wednesday, Manchester City and Manchester United won their corresponding matches and were located in the first two positions of the general table.

The first to play was City, which did not miss its chance and defeated Aston Villa 2-0, in a postponed match that corresponded to the first day of the English championship.

With these three points, Pep Guardiola’s team adds a total of 38, the same as Leicester, although they surpass them for having a better goal difference. City also has one game less than the Foxes, and if they win it, they could become the only leader in the competition.

Even above Manchester United, who after beating Fulham reached 40 points, but also has one more game than some of the rivals who chase him in the top positions.

The City game was not easy, since the celestial players did not manage to beat Argentine Emiliano Martínez until minute 78, when the Portuguese Bernardo Silva opened the scoring. Later, the match would be sentenced when the German Ilkay Gündogan converted a penalty in the 90th minute.

“We played very well against a great team. We had a similar level to the games we have played since Newcastle day, where we started to play much better. I am very impressed with today’s performance. We played very well”, Declared Guardiola.

The United meeting was not easy either. At 5 minutes into the game, Ademola Lookman of Fulham scored the first goal of the game. Uruguay Edison Cavani tied the score in the 21st minute, but the victory was sealed by midfielder Paul Pogba with a shot, almost without space from the edge of the area, who got into the corner of the goalkeeper’s far post.

Manchester United will face Liverpool, their greatest rival, for the fourth round of the FA Cup this Sunday. On the other hand, Manchester City will meet Cheltenham Town for the same competition, but will do so on Saturday.

“America Vs Chivas, THe Only National Women’s Classic”: Renata Masciarelli