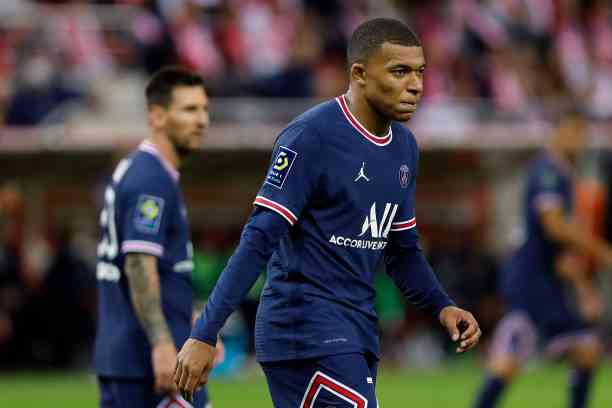 Mbappe opened the scoring against Stade de Reims with a great header followed by an angry celebration in which he hugged all his teammates.

Just 15 minutes. That’s how long it took Kylian Mbappe to score his first goal in the game against Stade de Reims, possibly his last in the PSG shirt. The forward precisely headed a Di Maria cross and celebrated it with great anger by hugging all his teammates, who made a pineapple around him.

Mbappe, who has endured enormous pressure on his shoulders in the last year, which has multiplied by a thousand in the last week, gave a new display of personality and professionalism by assuming the poisoned title that Pochettino gave him in the match against Reims, Who knows if the last Kylian will play with PSG.

The forward left with the same enthusiasm on the day of his debut, and it did not take him five minutes to cook his first chance to score, which was saved under the sticks by the Reims goalkeeper. The second he did not forgive. It was the 15th minute, and Di Maria put it from the right wing, Mbappe went ahead to the center and headed to the net.

He has won over his peers

The celebration of Mbappé was almost a cry of freedom, of anger, of rage, of vindication and even of impotence, of saying goodbye through the front door of a PSG that is not behaving much less well with a footballer who has left the skin on the field for your team.

Mbappe surrounded him with all his companions, quick to embrace and create a pineapple protection almost as if they were his bodyguards. Kylian has earned the respect of the entire dressing room over the years, to whom he already communicated last Thursday his intention to go to Real Madrid, a wish that can be fulfilled this Monday if PSG accepts Real Madrid’s offer of 170 million more fixed another 10 in variables.

Soccer matches in Australia have thousands of people in the stands