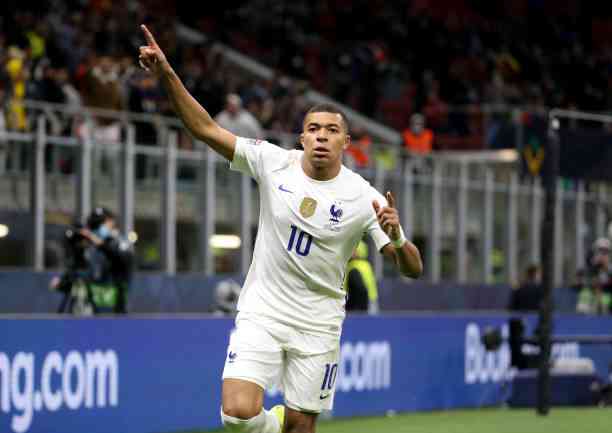 Goodbye, Spain: France were crowned Nations League champions with a controversial goal by Kylian Mbappe and another gargantuan jewel by Karim Benzema.

Champion … right? The French National Team beat its Spanish counterpart 2-1 in the Nations League Final with everything and controversy. Kylian Mbappe scored the final goal in the final stretch of the match, and the images reveal that it was out of place, but the VAR and the referees did not see it.

Spain broke the odds again just by getting into the Final. Millions of people doubted the team led by Luis Enrique since the DT relied on young players for several months. However, they delivered a coup of authority against powerful Italy in the semifinals.

For its part, France left Belgium on the road, which always represents a serious threat. However, a spectacular comeback put the world champion in the Nations League Final and, of course, as a wide favorite to dispatch the new Spanish generation.

And surely you are wondering what the champion of the tournament wins beyond the economy. We tell you: France will be in a qualifying group with five teams instead of six during the Qatar 2022 World Cup qualifiers.

The goals of the Nations League Final between Spain and France

Despite the fact that the first half did not give annotations anywhere, Spain left good impressions once again. The youngsters backed by Cesar Azpilicueta and Sergio Busquets dominated with the ball at their feet, and the statistics threw 67 percent of possession in their favor.

As if that were not enough, France lost Raphael Varane in the 43rd minute due to injury, and Dayot Upamecano took his place. However, the defense of the Gauls was overcome at minute 64, when the scoring opened.

The same Upamecano took some responsibility for the first score of the night. Mikel Oyarzabal took advantage of the defender’s mistake and made it 1-0 with a cross shot before Hugo Lloris’ bilge.

But the taste of the Spanish did not last long, because Karim Benzema matched the cards just two minutes later. Then, the Real Madrid attacker was uncovered with a jewel: the play turned towards the left wing until they gave him the ball, he settled down and took a powerful shot, impossible for Unai Simon.

Mbappe led the comeback … out of place

The approach of Luis Enrique and the company prevented Kylian Mbappé from leading France’s attack in the Nations League Final. Uncomfortable and with few spaces, the PSG player went unnoticed for most of the match … until he sent the ball to the back of the net.

The French turned the score around in the 79th minute. Apparently ahead, Mbappé received assistance from Theo Hernández to escape between the center-backs and shoot Simón with a left-footed shot.

What do you say? This image could say it all in the definition of the Nations League.