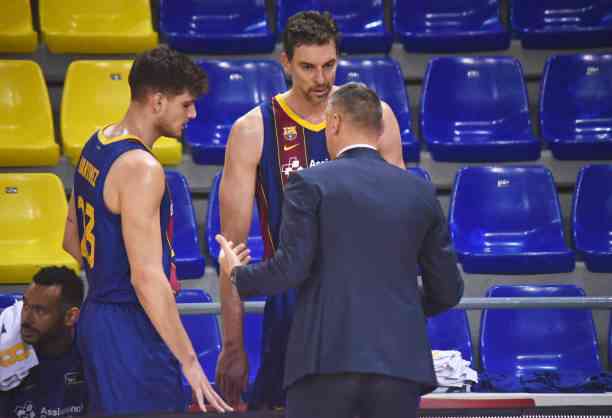 The Barcelona players continued to protest Gil Manzano in the dressing room tunnel, and Sergio Ramos came down and tried to put some peace.

After the final whistle of the Clásico that Real Madrid won 2-1 at Barcelona, in the Alfredo di Stéfano dressing room tunnel, the row between the footballers continued. Gerard Pique was one of the protagonists, who jumped onto the pitch to protest Gil Manzano despite not having played. Sergio Ramos had to go down to try to put peace.

As reported by  Radio Marca, the pique of the Barcelona footballers did not stop on the grass. The Barcelona players, especially Gerard Pique, protested to Gil Manzano that he did not add more time than the four minutes he gave. Luka Modric called the attention of the central culé, commenting that it was just that extra time and that he should not go to complain to the referee after the defeat.

According to this information from the aforementioned medium, when the Barcelona players entered the dressing room tunnel, where the television cameras no longer reach, they continued to speak of “very bad manners” to Gil Manzano and his assistants. In addition to the added time, which was insufficient for the Catalans, they also complained gracefully about the penalty they claimed on Braithwaite, an action in which there was nothing.

There was a lot of tension between some clue players, coming to use very risque terms when addressing Gil Manzano. One of the most striking things was that Sergio Ramos, who was not called up due to injury, went down to the locker room tunnel to put peace and be just like his teammates, impressed by the ways that their Barcelona counterparts were using.