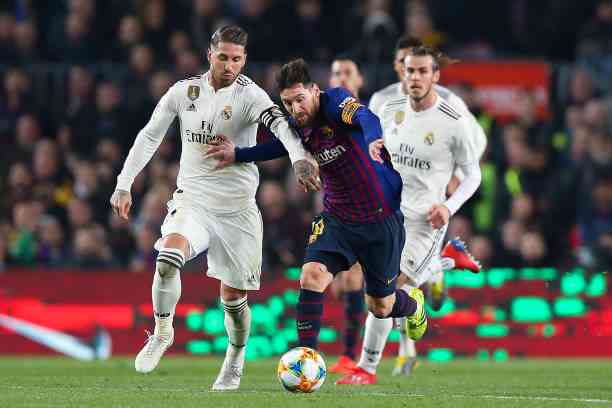 Real Madrid and Barcelona have had Mexicans in the history of the classics, but only one can presume that they have scored goals.

They star in one of the most important rivalries in the sporting world, if not the greatest. Both meringues and Blaugrana are the biggest teams in Spain and are the ones that boast the most league titles, and usually, these duels turn into real battles.

Perhaps the time when this rivalry increased was at the beginning of the 2010s, when Barça imposed a style of play throughout the world under the command of Josep Guardiola, while Madrid tried to stop the Catalans at all coast with Jose Mourinho.

Juan Ramon Sauto, the first Mexican in a classic

He was the first Mexican to play a classic with the Real Madrid shirt, of which he was captain. There are few documents on this Mexican, who is said to have had a good relationship with Santiago Bernabéu, to such an extent that he allowed him to be absent from training to study medicine.

Hugo Sánchez and his 10 goals in the classic

He is one of the greatest legends in Real Madrid’s history and lived the classics against Barcelona. “The cartwheels came out higher and more beautiful, and the fists were clenched up more tightly”, presumes the Pentapichichi in reference to his festivities.

According to the statistics, Hugo Sanchez played 18 classics. He won seven, lost eight and tied three, scored 10 goals against the Catalans, and is the only Mexican who has scored as many in the history of El Clásico.

He played eight classics, but there could be more. He saw the first ones from the Blaugrana bench, and when he established himself, he had to watch some games from the stands due to injuries.

Even so, the first Mexican to play a classic with Barcelona has more victories than defeats. He had to celebrate four times, three times he was defeated, and only once did he make peace with a draw.

Giovani Dos Santos and the future that was not

He had the world at his fingertips when his name was heard all over the planet as the promising young Blaugrana who had all Ronaldinho’s style of play.

Before going to Tottenham and missing the Josep Guardiola era, Gio played two classics, both coming in on a substitute and lost them. Had he stayed in La Liga, he would have played more classics and enjoyed the Guardiola era.

Eden Hazard, Absent From Training Due To Muscle Fatigue