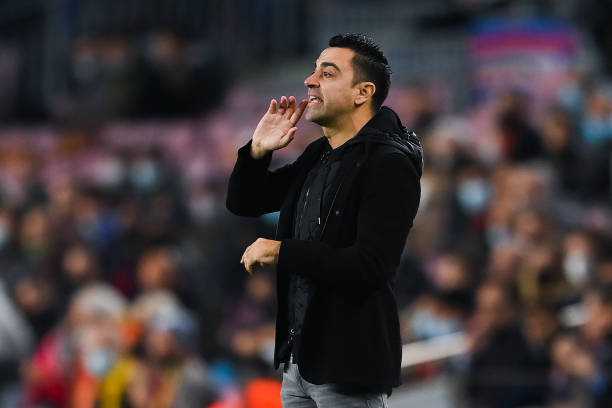 Xavi Hernández introduced himself as Barcelona coach, and although his revolution started well, it will have a long road of corrections.

The era of Xavi Hernández started with a victory over Espanyol in the Barcelona derby. However, the Blaugrana team still has a lot of work to do, as they won at home just by the slightest difference and thanks to a penalty executed by Memphis Depay.

Barcelona, ​​reduced by multiple casualties due to injury in the attack and the case of Sergio ‘Kun’ Agüero, found the only goal at the start of the second half, and now one of his last cards in the Champions League will be played against Benfica.

How is Barcelona with Xavi?

In addition to injecting encouragement to a team that was down, Xavi has started to recover the team’s style little by little. The ideas that had been lost with Ronald Koeman, return little by little with the firm bet in the quarry in the absence of offensive elements.

Of the 11 players who started the game, only Ter Stegen, Depay, and de Jong are not made in La Masía. Three of the eight homegrown players are “recent graduates”: Gavi, Ilias Akhomach, and Nico. In the second half, he joined more homegrown players from the bench: Ronald Araújo, Riqui Puig, and Abde Ezzalzouli.

And the result was a possession greater than 60% and a constant punch. Throughout the 90 minutes, Barcelona shot 16 times, of which six were on target, so that Xavi’s first version of Barcelona lacked effectiveness in front of goal.

In defense, one of the areas that have hurt Barcelona the most since the Valverde era and even in Luis Enrique’s, there was a slight improvement, although Barça ended up asking for the time and Xavi made defensive changes to avoid a surprise. Ter Stegen barely intervened on two occasions of the 12 shots that the Parakeets tried with everything and everything.

Xavi passed the first test, although on Tuesday, against Benfica, it will be the first acid test.