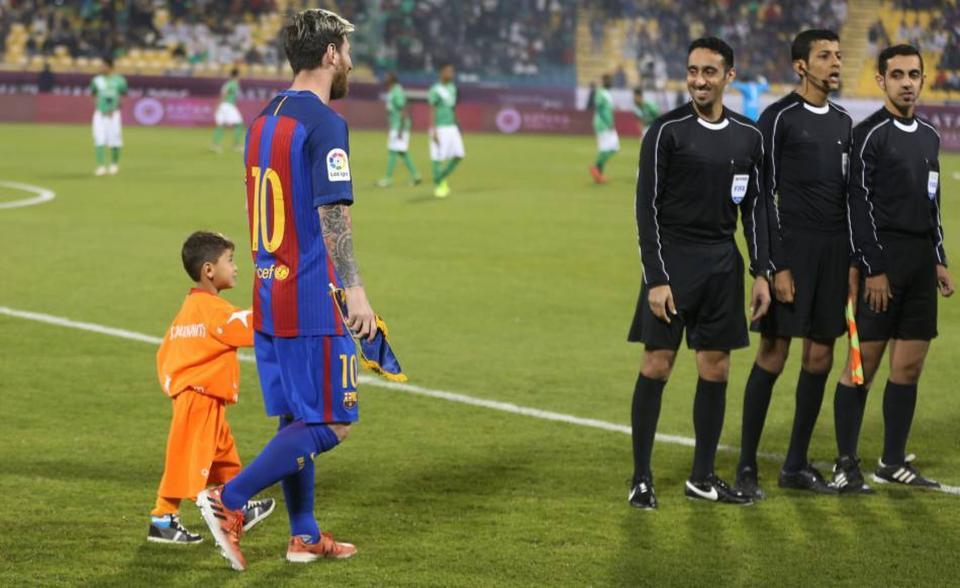 Murtaza, the boy who is an admirer of Messi, fears the Taliban, so he and his family ask for help to get out of Afghanistan.

Do you remember Murtaza Ahmadi, the boy who went around the world improvising a plastic bag as a football shirt and to whom he painted Messi’s name and number? Well, the 10-year-old boy and his family flee in Afghanistan from the Taliban and ask for help to leave the country.

Murtaza’s life has not been easy since he fulfilled his dream of meeting and living with Messi, who gave him a pair of shirts in 2016, during an exhibition match, since he and his family have been persecuted by the Taliban ever since.

In January 2021, details were revealed about how his family had fled threats from the Taliban, who threatened to kidnap Murtaza, as they think Messi gave them a fortune.

Murtaza asks for help to get out of Afghanistan

The family of Messi’s little admirer has been on the run for years. For a time, they lived in Pakistan. They asked for refuge in the United States but did not find success, and among all the times they have had to leave their home, they lost the shirts that Messi gave them.

For several months they moved to Kabul to settle there permanently. It was a safe place until July, but the situation changed from August 15, when the Taliban took the city without any resistance, so hundreds of Afghans have tried desperately to leave the country.

“I am trapped at home, and I cannot go out because I am very afraid of the Taliban. I want to travel to safety from Afghanistan and play soccer in peace. Please save me from this situation”, said the little boy in an interview with the EFE agency.

Nightmares from the fear of the Taliban

Murtaza’s family belongs to an ethnic minority identified as Hazara, which Islam and the Taliban persecute. This ethnic group is characterized by Mongolian descent, so that their skin is slightly lighter, and they have facial features similar to Chinese culture.

For decades they have been persecuted, and stories of kidnapping and slaughter are common, so after the arrival of the Taliban in Kabul, they desperately seek to leave the country.

Mahdia Ahmadi, Murtaza’s older sister, explained that the little boy wakes up repeatedly screaming, as he dreams that the Taliban enter his house, so that every time they knock on the door of his house, Messi’s admirer seeks refuge in it.

“There is a knock on the door, and Murtaza thinks it is the Taliban and runs towards me or my mother to hide,” she explained.

On August 30, the last plane from the United States took off, so the Taliban celebrated, and those who have remained in Kabul fear that the next step will be a kind of house after house hunt.