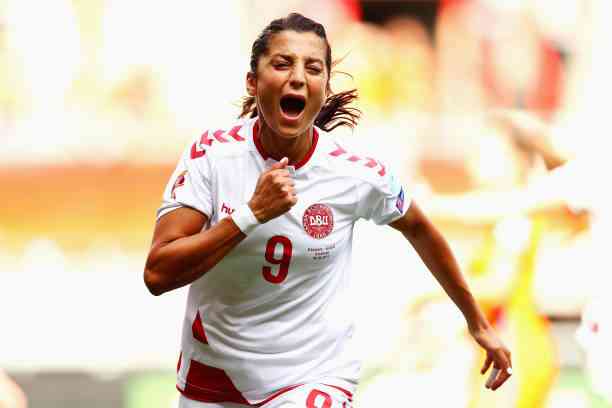 Although she was born in Afghanistan, Nadia Nadim has lived far from the country for safety and acknowledges that her life would be in danger with the Taliban.

Outside of football, Nadia Nadim’s life has not been easy. Today she is a professional, selected from Denmark, and fights for gender equality around the world. This would be impossible in her native Afghanistan, a country that has been going through an extremely difficult situation for many years.

The Racing Louisville striker spent little time in Afghanistan, but she still has vivid memories of both sides of the coin. At first, she knew tranquility and was close to what we know as normality. However, shortly after, she was met with fear and uncertainty.

“Before the Taliban, we had a great life, a safe environment. My parents gave us the best life possible. Then it was a life full of fear, and we were just trying to survive,” she said in an interview with CNN. And the worst thing about the story is that it was not only fear, but her father’s death.

After that happened – at the hands of the Taliban, of course – the footballer’s mother decided to flee the country with Nadia and 4 other daughters. For this reason, when this regime regained control of Afghanistan, the story of Nadia Nadim took hold around the world.

“My mom sold everything she had. She found a human smuggler, who took us to Pakistan. From there, with false passports, they transported us first to Italy and then to Denmark. I always say that it was the work of fate, because the refugee camp we were in was right next to a soccer club and its fields.“

In short and from her own point of view, Nadia Nadim is the reflection of what the Taliban regime prohibits and even repudiates.

Nadia Nadim, the image that the Taliban repudiate

Aware of the current situation and the risk that she could even take as an athlete and support fairness, Nadia Nadim assures that her person is everything that the Taliban do not want in their culture. She also maintains a close relationship with the players of the Afghanistan National Team, who left the country recently.

“I am the image of everything the Taliban don’t want their women to be. I use my speech and my voice. I want equality, that women have the same rights as men. At first, I felt the situation as a déjà vu.

“I know the women’s national team, and most of them left the country. I am happy because if the Taliban had found them doing what they forbid, their lives would be in danger. It is annoying to see how they gain more power and that they run the country,” said the soccer player.