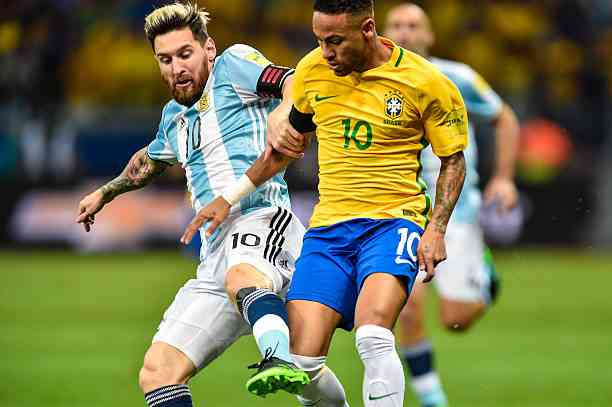 A great game is coming! Brazil and Argentina entered the Copa América Final after eliminating Peru and Colombia, respectively.

A great game is coming! Brazil and Argentina will meet in the 2021 Copa America Final, which, although it has left much to be desired from the first matches, could be vindicated with an electrifying outcome.

The meeting will feature Neymar and Lionel Messi, international figures in addition to shining at the club level, seeking to consolidate with their teams. The Argentine ’10’ case is even more special since it has been involved in multiple failures in recent years.

How did it go in the semifinals?

Neymar and company entered the Final of the tournament with a solitary goal from Lucas Paqueta. Before they left Chile on the road, and although it is difficult to position them as favorites, they do have the magic of their ’10’.

Argentina left on the way to Colombia

Soccer fans sometimes single out Lionel Messi for not scoring a large number of goals for Albiceleste, but in the semifinal, he showed that he brings much more to the team. During the first half, the Blaugrana idol completed 15 of 15 passes and gave the assistance with which the scoring was opened.

That play featured the participation of Giovani Lo Celso, who sent a long strike to Messi’s location. Immediately afterwards, the ’10’ got rid of his marker to give the ball to Lautaro Martínez, the one in charge of beating David Ospina.

The bad news for the Argentines came with the draw and Messi bleeding from the ankle. A very hard tackle by Frank Fabra caused the cut in Leo’s left foot, but neither the central referee nor the VAR interceded in the play.

For its part, Colombia responded directly on the scoreboard. Luis Fernando Díaz matched the cards with a great goal, the product of a very long pass from Edwin Cardona, which forced the winger to reach the baseline and define when he ran out of angle.

Emiliano Martínez became the figure of the match at the start of the penalty shootout. The goalkeeper stopped the shots from Davinson Sánchez, Yerry Mina, and Edwin Cardona to complete the Albiceleste pass.

When is the Copa America Final played?

With the slogan of making a game much more attractive than the previous ones in the competition, Brazil and Argentina will star in the Final of the Copa America on Saturday, July 10 at 7:00 p.m. The stage will be nothing more and nothing less than the mythical Maracana Stadium.