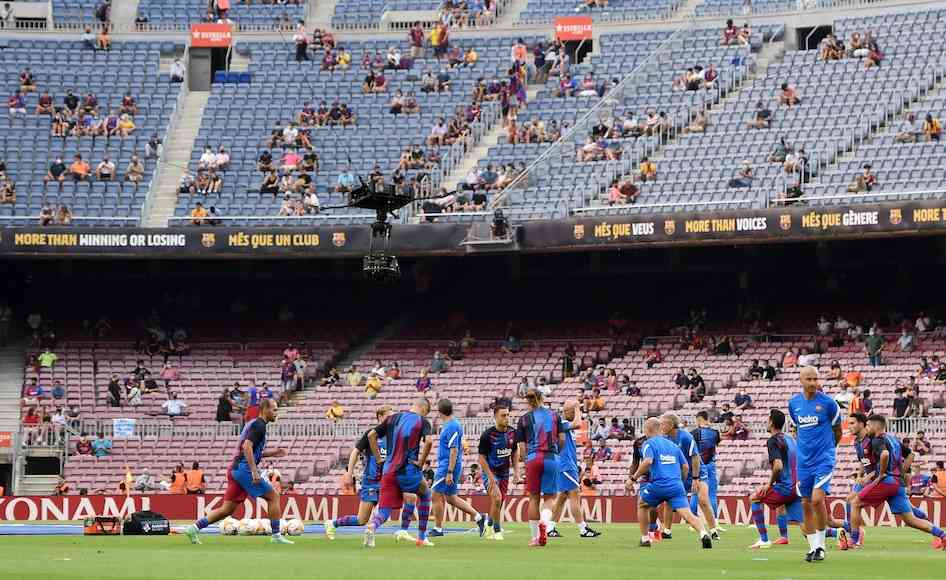 The Champions League starts the group stage this week, after the confirmation of the sectors after the draw was announced, and Barcelona was placed in Group E, with an old acquaintance, Bayern Munich, the team that beat him in 2020 8-2 in the Quarterfinals.

Perhaps it is because of that bitter memory, coupled with the absence of Lionel Messi (there are memes around here), but the Catalan team has encountered problems in the sale of tickets for the Champions League debut, precisely against the Bavarian team next Tuesday, September 14.

Without Messi, Barcelona does not sell tickets

Camp Nou has permission for a capacity of 40% with respect to its total capacity, so that up to 40 thousand fans can enter the property, so the club tried to make a kind of raffle among its subscribers to distribute the 40 thousand tickets.

In this way, subscribers should send a ticket request and wait for the club’s response to find out if they were chosen in the draw, but this dynamic did not work for Barcelona, ​​as it has received a low demand.

According to Infobae, only 31,213 fans have requested tickets, so more than 8,000 tickets are left over, and the draw is also left.

Despite the restrictions due to the pandemic, Barcelona fans have not filled all the approved tickets since Messi left the club, which has caused an exodus of fans towards PSG, while the Blaugranas reflect annoyance with the directive that Joan Laporta chairs.

How much does a ticket cost to see Barcelona in the Champions League?

Given subscribers’ low requests for tickets, the remaining tickets are put on sale to the general public, who must pay from 109 euros to 199 euros.

After the transfer market, Barcelona had to get rid of players like Antoine Griezmann and will bet on homegrown players looking to consolidate.