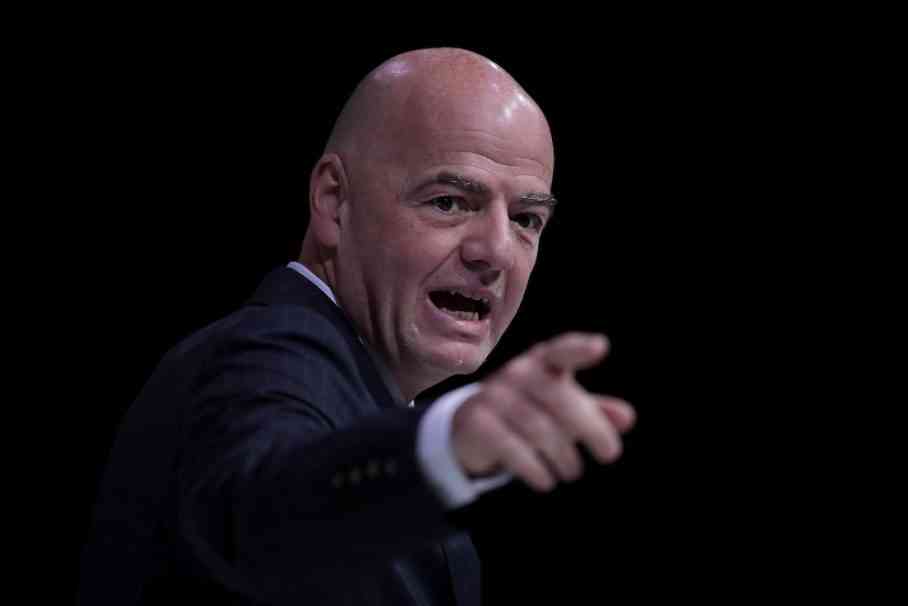 The New York Times published a report with the way in which the Super League had obtained the endorsement of FIFA behind the back of UEFA.

UEFA threatened to leave the players and teams of the frustrated European Super League out of its powers, and FIFA did the same, issuing a position in which it would not allow those involved to be part of either the national teams or the World Cup, although In fact, months before, FIFA had given its approval to the Super League behind UEFA’s back.

The New York Times published a report detailing that FIFA was playing in favor of the Super League project, so with its endorsement, the project headed by Florentino Pérez found stability, for example, with the bank that would finance the launch.

According to the newspaper, which cites documents to which it has access, the Super League and its founders wanted to secretly carry out the conformation and launch of the project, so they used codes, one of them was W01, to refer to the FIFA.

The endorsement and recognition of W01 was “an essential condition for the implementation of the SL (Superliga) project,” indicates the newspaper, and for this, various meetings were held since 2019.

Gianni Infantino, president of FIFA, will go down in history as the leader who gave way to changes in the competitions, including the World Cup, which will be accessed by 48 teams from 2026, in a World Cup organized for the first time between three countries: the United States, Mexico, and Canada.

This openness to change formats, which lead to higher revenues, led to negotiations between a group identified as A22 with those closest to Infantino, including FIFA Undersecretary Mattias Grafstrom.

The A22 group was made up of, among others, legal advisors, responsible for landing the Super League project, including Anas Laghrari and John Hahn, both close to Florentino Pérez.

“According to interviews with more than half a dozen soccer executives, including the owner of a Super League club, Infantino was aware of the plan and knew that some of his closest lieutenants had been in talks for months, until at least late January, on providing FIFA’s backing for the separatist league,” mentioned The New York Times.

At one of these meetings, an agreement was established for at least 12 of the teams that make up the Super League to participate in the new FIFA Club World Cup project, which would have a new format, with more participants.

The Super League had to accept the request to have FIFA’s endorsement and waive the economic prizes, estimated at one billion dollars, each year. That amount would stay with FIFA, presumably for the development of soccer around the world.

With the support of FIFA, the US bank that would finance the project, JPMorgan, found a solid and fertile ground to enter the Super League business and provide 3.5 billion euros to each team just for participating in the tournament In exchange, he would receive 6,100 million from each club if the 23-year commitment to participate in the Super League had been signed.

At what point did FIFA ‘betray’ the Super League?

It happened in January 2021, when reports about the Super League began to leak, as well as the intervention of FIFA, so UEFA president Aleksander Ceferin called an urgent meeting with Infantino, to clarify the situation, at the facilities of the UEFA, in Nyon, Switzerland.

There, Infantino would have denied the participation of FIFA, so in January both UEFA and FIFA began to condemn the creation of the Super League through statements on January 21.

FIFA rejected the project, considering it a closed league, a situation that led to the modification of the Super League plan and considering 15 permanent founding members and five invited teams.

The Super League announced its formation on April 30 and only 48 hours later the project had been abandoned by six English teams, one Spanish and two Italians, following protests from fans, condemnations from governments and UEFA. FIFA was the last to join the group that rejected the creation of the Super League.