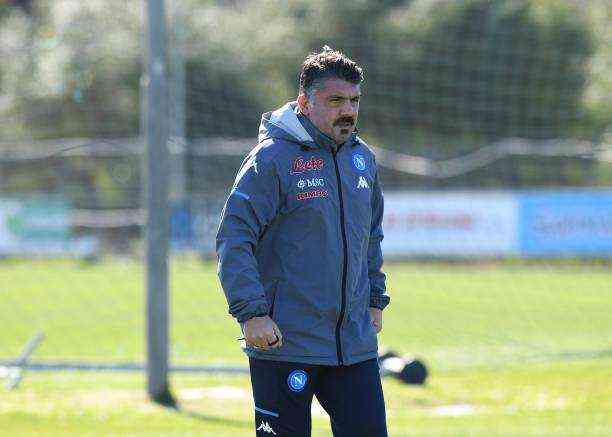 Before the Europa League game against Granada, Gennaro Gattuso admits that he will miss Chucky Lozano but will not mourn his absence.

Gennaro Gattuso faces Granada in the Europa League, the duel not only implies going against the Spanish team, it must also do so with several casualties in the team and especially that of Chucky Lozano, one of the important pieces in attack for Napoli.

With Chucky out for the entire Europa League tie and in attack, the absence of Dries Mertens and Andrea Petagna, who had been regular players for Gattuso, will also have to use his captain Lorenzo Insigne and Nigerian Victor Osimhen to play against the Spanish team.

In the lower part of the team, he also has considerable casualties, Koulibaly will not be able to be in the game due to injury and Colombian David Ospina, but the goal is not a concern for Gattuso, since Alex Meret is safe in the goal and he showed it in the victory over Juventus.

“We are in an emergency, we know, but we did not come here on vacation. We want to play a great game, and a great Napoli will be necessary. We cannot cry, we have to face the games and do it seriously, “said the coach in the previous game against Granada about the losses of Chucky and other players.

Gennaro Gattuso also spoke about the excellent moment Chucky Lozano had before the injury and how he has surpassed his numbers compared to last season: “Lozano is an important player for us, last year he had performance below his possibilities. “.

When, and where to see Granada vs. Napoli?

The Europa League presents its round of 32 phase, the cross between Granada commanded by Diego Martínez on the bench, will receive Napoli at the Nuevo Los Cármenes Stadium this February 18 at 2:00 pm and the transmission will be on the channel of Fox Sports 1.

Besides Ansu Fait, How Many Players Have Worn The Number 10 In Barcelona Since 2000?