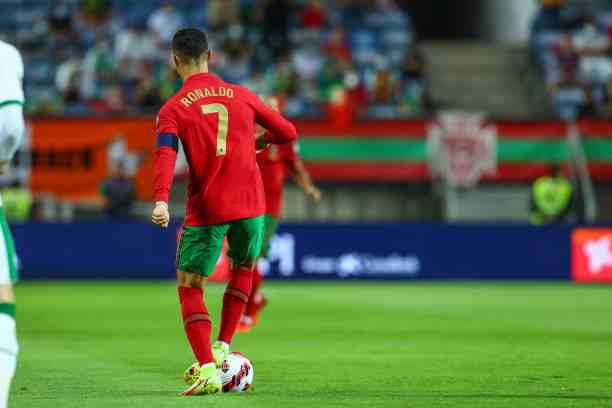 Cristiano Ronaldo will once again wear the number 7 on his back in his second adventure at Manchester United. The Uruguayan Edison Cavani gives him the number that until a few days ago was his, in fact, he participated with him in the last game against Wolverhampton Wanderers last weekend. Thus, the Portuguese will again carry his favorite number on his back and force the Uruguayan to change his number, wearing 21, the same as with Uruguay.

During Cristiano Ronaldo’s first six seasons at Old Trafford, between 2003 and 2009, the Portuguese always wore the number 7 on his back. With the Red Devils, he signed a whopping 292 games and 118 goals. He lifted nine titles, including the Premier League, on three occasions, and the Champions League, on one. He one of the great legends of the club who wore this number. In addition to the Portuguese, there are others such as George Best, Bryan Robson, Eric Cantona, and David Beckham.

Wherever Cristiano Ronaldo has gone, he has worn the number 7 number. At Real Madrid, his arrival ran into Raúl González’s last year at the club, when he had to change his number. In his first year as a Real Madrid player, he was number 9 for the team, paradoxically it would be years later when he would end up being that reference despite always wearing the 7. At Juventus in these last three years, he has also worn the iconic number.

The United paid for Portuguese 15 million euros to Juventus, the amount that may be paid within five years the club bianconeri. In addition, variables are included that could raise their transfer to 23 million euros. Cristiano signs two seasons with the option of another course.

Manchester United’s next game is this September 11, after the national team break. It will be at Old Trafford against Newcastle United, a match in which Cristiano Ronaldo will be able to wear the colors of the Red Devils again and, finally, he will do so with that 7 on his back, the number that has almost always accompanied him during his successful and award-winning soccer career. The Portuguese arrived on a roll after two goals he scored with Portugal last Wednesday, which turned the score around against Ireland in 89 ‘and 96’ (2-1). He also missed a penalty.

“I can’t wait to play Old Trafford in front of a packed stadium and see all the fans again. I am looking forward to joining the team after international matches, and I hope we have a very successful season ahead of us,” said the Portuguese shortly after his incorporation was announced.

“America Vs Chivas, THe Only National Women’s Classic”: Renata Masciarelli