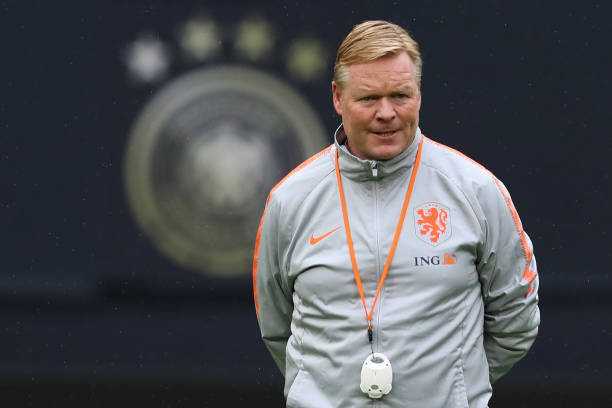 It was not the defeat against Real Madrid in the classic, but the fall against Rayo Vallecano that ended with the credit of Ronald Koeman.

Patience ran out at Barcelona. It was not the defeat against Real Madrid in the classic, but the fall against Rayo Vallecano that ended the credit of Ronald Koeman at the head of the Catalan team, which is looking for a new strategist, after terminating the contract of the Dutch strategist.

The Barcelona crisis has bottomed out for the Blaugrana management, which a few weeks ago supported Koeman’s continuity, but the defeat against the modest Vallecas team changed the plan.

And it is that the result leaves Barcelona extremely far from the first places of the general table. Through a statement, the club reported: “FC Barcelona has dismissed Ronald Koeman tonight as coach of the first team.”

“The president of the club, Joan Laporta, has informed him after the defeat against Rayo Vallecano. Ronald Koeman will say goodbye to the squad this Thursday at the Ciudad Deportiva”, added the brief statement.

Was Barcelona so bad with Koeman?

Koeman leaves Barcelona with ninth place in the general table in the current La Liga season, with four wins, three losses, three draws, and below teams like Osasuna and Rayo Vallecano.

In the Champions League, he is third in his group, below Bayern Munich and Benfica, and only above Dinamo Kiev, whom he visits on the following date, but what is most worrying is that the team does not have a clear philosophy of the game.

Not Even The 9 O’Clock Novel Has That Betrayal: Fifa Played Behind UEFA’s Back In The Creation Of The European Super League