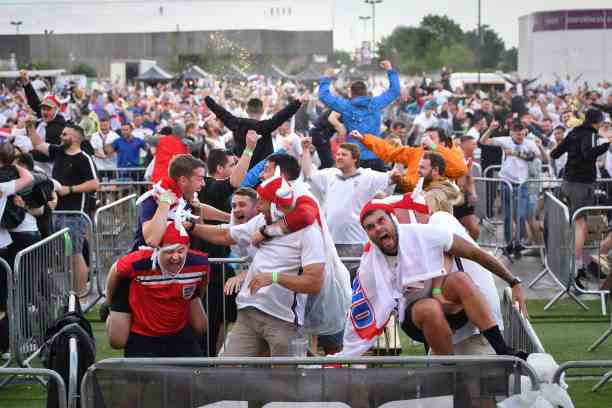 After a scan carried out in the final of Euro 2020, Public Health England indicated that more than 3,000 people were infected with COVID-19.

Although the summer was full of emotions everywhere, between the America’s Cup, the Gold Cup, the Olympic Games, and others. Euro 2020 won a very special place among them for the great duels it gave us and the return of Italy to the highest level.

And it must be said, a large part of the emotions that the Eurocup gave us was thanks to the fans returning to the different stadiums where the memorial tournament was played. Nothing like hearing a goal shout echoing across the stage, right?

Yes, all of us who enjoyed Euro 2020 were excited about the return of the spectators to the different venues, but we have to be honest, it was complicated that this did not mean a risk that COVID-19 would spread among the attendees.

And well, according to the results of a study by Public Health England , it turns out that it was precisely the final that became a “super-spreading” event for the virus in the United Kingdom.

But we go with the hard data to better understand how things were. According to the report released Friday, a government institution calculated (based on data service testing and tracking the NHS), some 2,000 people were infected, 295 at the time of the match.

And of course, that brought its consequences, it is estimated that some 3,404 fans of the 67,000 who enjoyed the duel between Italy and England at the mythical Wembley, could have been infected with COVID-19 that July 11.

After many years, Wembley received a final between national teams, as the last one played there was at Euro 96. And if we are talking about a final where the English have appeared before their fans, then we must go back in time to 1966.

That is why when England beat Denmark (with controversy included) and secured their place in the dispute for the Euro 2020 title, it was impossible to think that the fans would not occupy every seat that was authorized to use in its most emblematic stage.

But beware, the authorities say that mass events are still safe

Now, if the authorities released these data (oddly enough) it was not to say that letting the fans in for the final of Euro 2020 was a mistake, quite the opposite: “The NHS Test and Trace data show that mass participation events can be carried out safely,” the document states.

This is because, they say, the final of the Eurocup and other events such as Wimbledon or the Formula 1 Grand Prix held in Great Britain in July, proved that the spread of the virus remains at the already known community rates and even below them.

That is to say, it is safe to return to the stadiums, but that they are going to give infections, they are going to happen. That is why it is important to have been vaccinated and to follow all the measures indicated in the venue in turn. “Euro 2020 was a unique occasion, and it is unlikely that we will see a similar impact on COVID-19 cases from future events,” said Jenifer Smith, Deputy Medical Director of Public Health England.

Which National Teams Can Qualify For The Qatar World Cup On Fifa Date?