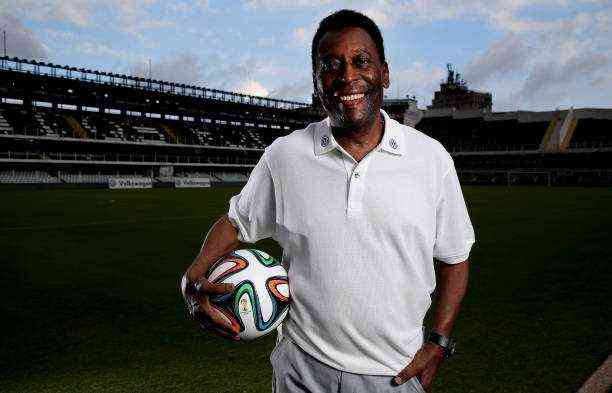 Pelé dominated football at his pleasure to such a degree that before he turned professional, the league in which he played implemented an exclusive rule for him.

Edson Arantes Do Nascimento was a soccer revolutionary. He had not turned 18 when he had already conquered a World Cup and had become an idol in his country. In Sweden 1958, Pelé won the first of three World Cups, the period on which the Netflix documentary is based, which premieres on February 23.

The World Cups were the tournaments in which Pelé felt challenged, as the Brazilian courts, as a Santos player, were too small for him. In the United States, for more than 30 years, he dominated the sport at pleasure, as he did since he was a child.

The first ball, at age six

Edson Arantes do Nascimento grew up with soccer from birth. His father, Dondinho, was a footballer and ensured that he did not kick a real ball until he was six years old, when one of his teammates gave him his first ball. Before that, I played with socks stuffed with paper or with grapefruits.

“It was very difficult to have a leather ball because they were very expensive. I remember that later, between 12 and 13 years old, we would go to training sessions, and at the end of the session, the players would take the ball out of the field for other players to catch it because we didn’t have money to buy one, “he said in an interview published by the Four Four Two magazine in 2013.

The rule that was invented against Pelé

Pelé grew up in a town called Bauru, near Sao Paulo. There he helped his family as a bolero, but he never separated from soccer. Just as he dominated Santos’s fields, he was lord and lord in the neighborhood tournament games.

According to Alberto Lati’s account in his book “100 geniuses of the ball”, Pelé scored up to eight goals per game , so the rival team had no option of even dreaming of victory.

For this reason, a new rule was implemented for Edson’s team: Do not exceed the half court or play as a goalkeeper flat. If Pelé went over the midfield line, a foul would be called. Still, his team was crowned.

Those were the most important flashes for Pelé to become a professional footballer, be hired by Santos, and go to the World Cup in Sweden at 17 years of age.

“At 16, I played my first game with Santos, and a month after my debut, they called me to be part of the National Team. My first game was in Maracaná, against Argentina, and I scored a goal” He recalls the interview with the British publication.

What’s Left For Barcelona This Season?