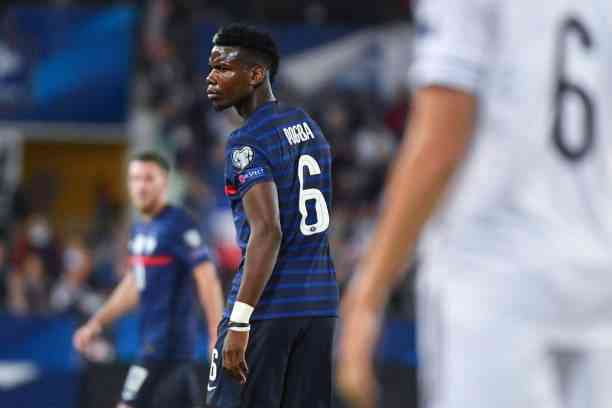 Paul Pogba wants to play for Real Madrid and will listen to the white club before accepting any offer from another team.

The Real Madrid entity is unwilling to do crazy things and sees it as difficult for the French to stop at the Santiago Bernabeu.

Paul Pogba will listen to Real Madrid before making any decisions about his future. The French midfielder ends his contract with Manchester United on June 30 and, for the moment, is not in the business of expanding his relationship with the English entity. Meanwhile, he waits for the white club to make a move, since his wish is to wear white. After several opportunities in the past, this seems to be the final one, although it will not be far from easy.

The French player wants to change Manchester United for Real Madrid, what is not so clear is that the white club thinks the same. Obviously, the Madrid club will be attentive to any movement that occurs, but it is fully aware that if Pogba makes the decision not to renew and leave Old Trafford without leaving a single euro, the transfer bonus, salary, and financial claims de Mino Raiola will not allow the operation to be cheap.

The Real Madrid knows that Pogba is for the work of joining the Madrid institution, but they also know they must pay a premium of signing that could go to 40 million euros. Taking into account that the market value of the 28-year-old player is 60 kilos according to the specialized website Transfermarkt, it does not seem a disproportionate amount. In fact, your salary is a major drawback.

Pogba earns more than 17 million euros per season, a salary that Real Madrid is not willing to offer him. The whites want to build a new project with Mbappé and Haaland as references, so they will not pay the French midfielder what he perceives at Manchester United. His salary would have to be lowered significantly if he wants to sign for the Madrid club.

On the other hand, the last but important stumbling block is Mino Raiola. The Italian agent is always a problem for Real Madrid because of the high commissions he usually asks for. The Madrid leadership is not in favor of sitting down to negotiate with this representative, although it is aware that it will have to do so to sign Haaland. Doing it also for Pogba seems too much.

For all this, although Pogba will wait for Real Madrid, and until he knows for sure what the club’s interest is, he will not accept any offer, the reality is that his arrival at the Santiago Bernabéu is full of difficulties. The PSG is one of the leading candidates to take over its services.

Nor can it be forgotten that the Real Madrid midfield is one of the areas of the field that does not need retouching. Casemiro, Kroos, Modric, Valverde, Camavinga, and Antonio Blanco guarantee the present and future of the white midfield. A player of Pogba’s level would have a place, but he does not invite you to do anything crazy to sign him.