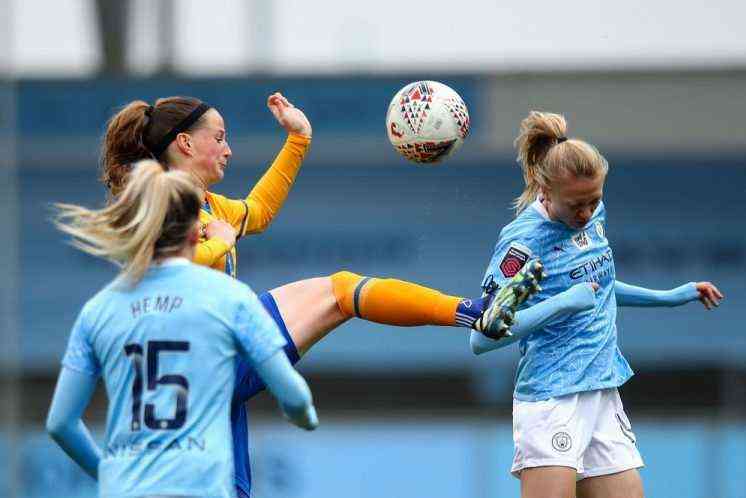 The health of athletes is paramount, and the Premier League analyzes mouth guards’ use to avoid future diseases.

Soccer always wants to stay at the forefront in terms of the health of athletes, it continues to have all kinds of tests to avoid any risk within a field, whether in play or in training.

Now in women’s football, the youth teams of Manchester City and Liverpool will test the use of mouth guards in order to evaluate the impact that is had on the brain when heading the ball.

This project will be part of an investigation by the Premier League following concerns about the long-term dangers of leading in youth and women’s soccer. Soccer Association medical director Charlotte Cowie said soccer is heading toward shifting the direction of professional training.

In 2019, a study found that professional footballers are more likely to suffer from neurodegenerative brain disease than the bulk of the population , which is why the Premier League will move forward with this study.

“This analysis revealed that the risk ranged from a 5-fold increase in Alzheimer’s disease, to an approximately 4-fold increase in motor neuron disease, to twice the Parkinson’s disease in former professional footballers compared to population controls,“said Dr. Willie Stewart, one of the doctors in charge of the study.

How is the study carried out?

Charlotte Cowie mentioned that the governing body’s research task force had recommended that youth team players” only head the ball a maximum of 10 times in a training session, once a week .”

Cowie explains that wearing mouth guards would help understand the types of headshots and how the forces can differ depending on how far the ball traveled before impact. “We want more details on that before ruling on the professional game, but we fully intend to do so and also on the adult grassroots game,” he added.