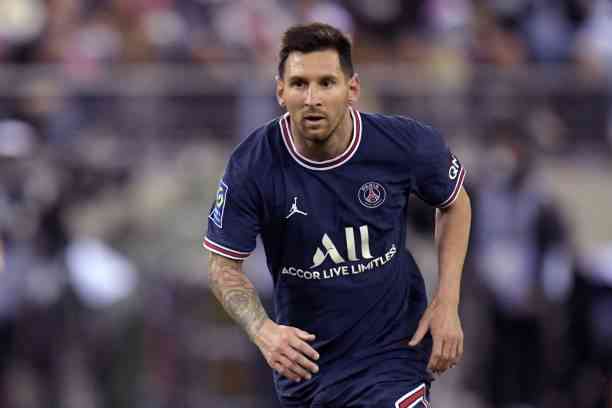 In times of pandemic, soccer moves millions and millions of dollars in annual salaries, and the Premier League is the one that pays the most.

In the midst of the financial crisis due to the coronavirus, leagues around the world suffered severe impacts, but have multi-million dollar contracts, with figures that belong to other times, and the Premier League is, by far, the league that spills the most money in terms of salaries.

Until a few months ago, La Liga in Spain had the highest contract among all footballers, thanks to Barcelona and Lionel Messi. Now the Argentine plays in France for PSG. However, both are below the salaries of Serie A.

The difference is that the French league (and at the time the Spanish league) pays a lot, to few players, while the Premier League and Serie A distribute their wealth to more players. In the case of England, they have Manchester City, one of the most powerful teams in the world and one that has made the greatest investment.

Premier League, the league with the best salaries

The Citizens simply have one of the few squads that exceed one billion euros compared to the price of their players. According to The Athletic, the Premier League will distribute this year 2.4 billion dollars a year.

This means that 200 million dollars in salaries are distributed each month, despite all the sorrows of the pandemic.

Below the English league is Serie A, with everything that has lost flagship players, such as Cristiano Ronaldo and Romelu Lukaku, who went precisely to the Premier League, nothing silly. A year, the Italian league distributes 1.7 billion dollars, and each month just over 141 million are distributed.

Third place is occupied by Spanish soccer, with 1.4 billion after the departure of Lionel Messi and Sergio Ramos, both now partners in the PPSG.

Ligue 1, below the Bundesliga

After the arrival of Messi, Donnarumma, Ramos, Neymar, and Mbappe, the French league increased its figures. However, the rest of the French teams do not have such expensive squads or such high salaries, largely because they bet on homegrown players and players still in training, such as the case of the Mexican Eugenio Pizzuto with Lille.

For this reason, Ligue 1 is fifth, below the Bundesliga, which distributes 1.1 billion in salaries, while the French league delivers 865 million euros a year.

China leads the soccer league with the best salaries in the world outside of Europe, although the big contracts are for foreign players, who are responsible for making soccer in this country grow.

The top 10 is closed by the United States with the MLS, and it is the only league in America that manages to enter this list, with 259 million dollars, which is almost the same amount that the Premier League delivers in a month.

The 10 leagues that pay the most per year

Sanctions And Quarantine: What’s Next For Players Deported From Argentina In Barazil?