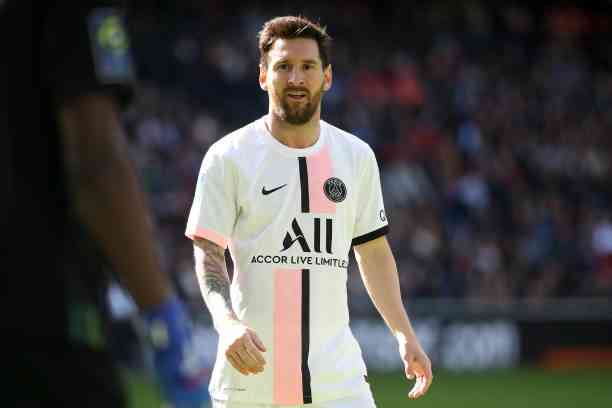 Almost as if they had planned it, European giants like PSG and Real Madrid lost undefeated in Ligue 1 and LaLiga.

What is happening? The activity of the European Leagues left us surprising defeats, all for those known as giants of the continent. PSG, Real Madrid, Ajax, and even Bayern Munich let go of their positive streaks, as they had not lost a league game … until today.

PSG and an off trident

Just when it seemed that Messi, Neymar, and Mbappé found a bit of unity and good collective play, the first defeat for PSG came in Ligue 1. Not even this powerful trident could intimidate Rennes, who pulled out a very valuable 2-0 in the home.

The good news for Mauricio Pochettino and his team is that they remain firm at the top of the table. With 24 points and a goal difference of +13, the distance to Lens is still 6 units.

Real Madrid … after laughing at Barça

All those meringues who enjoyed mocking Barcelona on Saturday… their signal came to stop. Real Madrid had a difficult afternoon at Espanyol, which with goals from Raúl de Tomás and Aleix Vidal, ended with the last undefeated in La Liga.

Once the FIFA Date activity ends, those led by Carlo Ancelotti will seek to rebuild the League and the Champions League path, since they suffered a painful defeat against the Sheriff in the continental tournament. Many say it was luck… but what happened now?

Ajax could not against the sub-leader of the Eredivisie

Mexican Edson Álvarez’s team had a spectacular start to the season. Victories against whoever got in the way, even by wins, and a high level also outside the Netherlands. However, this hot streak came to an end on Date 8 of the Eredivisie.

The defeat was against Utrecht by the smallest difference, the team is in second place in the standings. Ajax was left with 19 points, a product of 6 wins, one draw, and now a disaster. For its part, ‘Domstedelingen’ has 17 units and is dangerously close to the lead.

And as a pylon, Bayern Munich in the Bundesliga

A few days ago, technical director Julian Nagelsmann generated controversy for calling for certain technological changes in football. At that time, it seemed illogical, because Bayern Munich dominated German football even with ease … although an executioner came to a stop the party.

The Eintracht Frankfurt went to the home of the Bavarian giant to beat him 2-1; Martin Hinteregger and Filip Kostic were in charge of sentencing the match, while Leon Goretza converted the Bayern score.

Headline And Goal! This Was The Return Of Romelu Lukaku With Chelsea