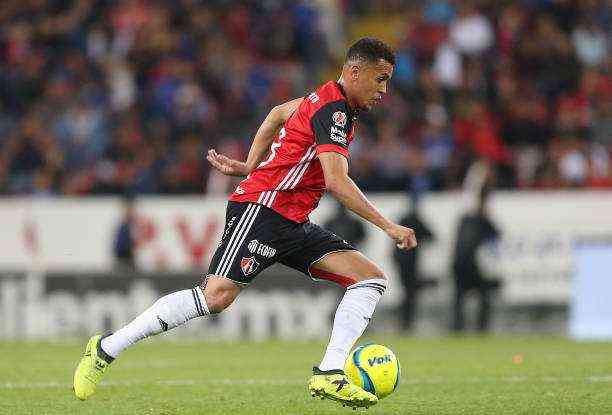 The stories that football gives us, Ravel Morrison passed through Atlas and United, the latter was fired for theft of shoes.

Ravel Morrison, you may remember him for his fleeting passage in the MX League with Atlas or also for being one of the jewels of Manchester United in Alex Ferguson’s glorious stage in the team. Well, English is a topic of conversation thanks to an unremarkable statement that he made to Rio Ferdinand.

Ravel Morrison was once one of Manchester United’s most promising players, even Sir Alex filled him with praise since he saw his talent in the lower ranks of the “Red Devils” when the youth was 14 years old, until he made his debut with the first team, did not consolidate and was loaned to West Ham.

The assignments continued until 2015, the year United decided to terminate the employment relationship. Lazio added him to their ranks, but the constant in his career was an irregularity, and again, he lived between loans, and even our precious Liga MX came to give. Atlas tucked him in and did not dazzle with his talent either and ended up leaving.

Sweden, again England, and even Holland were his later destinations, but in none of them, he was able to establish himself to be able to remain active. He is currently a free agent and can sign with the team he wants, it is necessary that one is interested in Ravel Morrison and his inconsistent soccer career.

Rio Ferdinand had Ravel Morrison as a guest on his show Vibe With FIVE, and the conversation turned to one story in particular. Ravel Morrison was the one who asked Ferdinand if he remembered the time he was kicked out of the Manchester United locker room for stealing his teammates’ shoes.

“My salary was that of a youth footballer, I was still a child. Selling a pair of boots could earn you around £ 250. So I could take my family to a Chinese restaurant or something similar. Ferdinand had 30 pairs of boots. I did not want to do any harm to anyone, but when I saw that he and Rooney were given twenty or thirty pairs at a time, I thought that taking one to put some food on the table in my house would not be a problem “, he mentions about the made Ravel Morrison.

About his great talent that at some point he showed, Rio Ferdinand recalled some words from Alex Ferguson about Ravel Morrison: “One day Alex took me and Rooney and pointed out Morrison, he told us that this young man is better than you two or that Giggs with his age.

Virgina Tovar, The Referee To Whom Tigers Closed The Doors In 2004