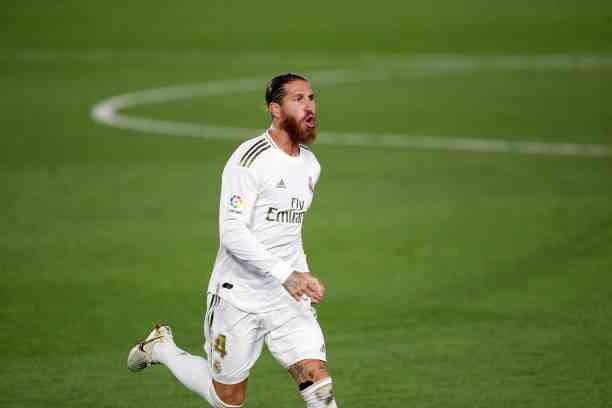 After 16 seasons, Sergio Ramos will stop wearing the Real Madrid shirt, which called a conference to fire the captain.

The era of Sergio Ramos ends at Real Madrid, as the white club called a press conference for this Thursday, June 17, in which the defender will be present, who ends his contract with the merengue team.

The press conference will be held in the early hours of central Mexico (5:30 in the morning) and in which the player will say goodbye to Madrid after 16 seasons, in which he won all possible tournaments.

“Real Madrid CF announces that tomorrow, Thursday, June 17, there will be an institutional act of tribute and farewell to our captain Sergio Ramos, with the presence of our president Florentino Pérez.

“Next, Sergio Ramos will appear before the media at a telematic press conference,” says the statement from Real Madrid.

The legacy of Sergio Ramos in Madrid

Throughout 16 seasons, Sergio Ramos scored 101 goals, with which he was introduced as the second defender with the most goals, only behind Fernando Hierro and his 127 annotations.

Ramos also played 671 games that make him the fourth player with the most games. He was 70 games away from equaling the 741 duels of Raúl González, who holds the record.

With Real Madrid, Sergio Ramos also achieved a record of which perhaps he is not so proud, since he is the player with the most expulsions not only from the club, but from the entire Spanish league, with a total of 20, of which 14 were for double warning and six for direct red. To this sum, we must add another four expulsions in the Champions League (two direct) and two in the Copa del Rey (for a double yellow).

With the departure of Ramos, the defender’s rivalry with Barcelona is also lost, especially with Lionel Messi, who on several occasions made him look bad, although in recent years he had to stop him and celebrate against the Argentine in El Clásico.

Where will Ramos play?

Ramos had already given clues about his departure from Madrid, after failing to reach an agreement with the board over the last semester, in addition to being related to Manchester City, led by Josep Guardiola, who lost Eric García in the defensive zone, after the Spanish decided to go to Barcelona as a free agent.

Ramos will be able to define his future shortly as a free agent and without tournaments to play this summer, since he was left out of the Spanish National Team for the European Championship, by the decision of coach Luis Enrique.

Eden Hazard, Absent From Training Due To Muscle Fatigue