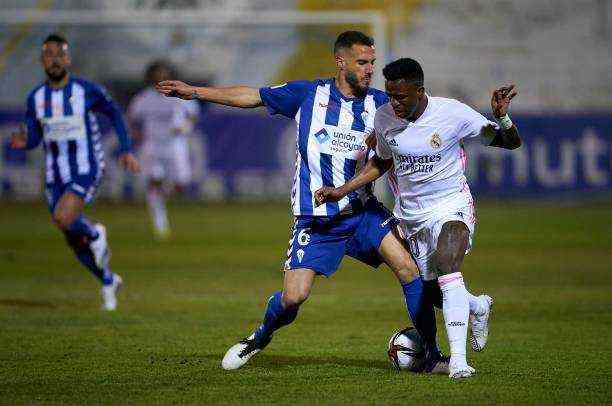 The defeat suffered by Real Madrid on Wednesday night against Alcoyano is one of the most embarrassing in recent years within the Real Madrid entity, a debacle at the height of setbacks remembered as the Alcorconazo that sentenced Manuel Pellegrini or the defeat at the Salto del Caballo against Toledo in 2000. The Madrid players share the blame with the coach, Zinedine Zidane, but neither – technical team – have spoken on social networks about a historic defeat in the club’s recent history.

Zidane was the only member of the dressing room who spoke about what happened, and he did so at the press conference after the meeting. The French coach, who was very touched after the defeat, which adds to that of the Spanish Super Cup against Athletic Club, was honest with the media. «This is football. It is a difficult time. We had to win, but in the end, it was not like that. It is not a shame. These are things that happen. You have to take responsibility. We are going to continue working, and we have to get that out. It’s another painful day, but because we don’t like to lose. We are not going to go crazy”, affirmed, resigned, Zizou.

Beyond the coach’s statements, no player from the first team has commented on what happened in the game, hours after the elimination of Real Madrid was confirmed . They did not do it on the grass, nor on social networks, where some of them are used to being active and even left promotional images of the meeting hours before their dispute.

Neither starters nor substitutes in the game could react to the intensity of Alcoyano, which surpassed that of the whites in the last minutes of regulation time and in extra time, nor did they do so afterward, with a generalized and deathly silence on a defeat that has penetrated deep into the entity, aware that it must take action after what happened.