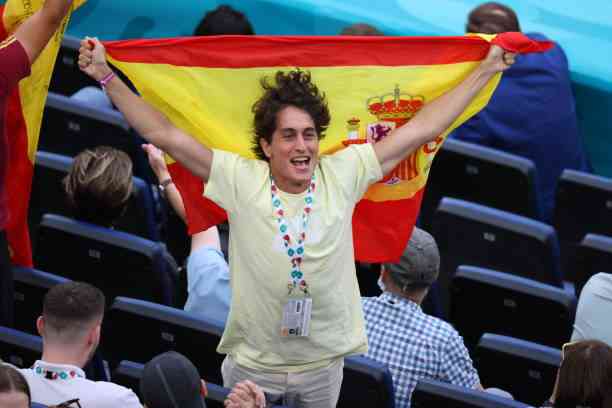 Spain qualified for the semifinals of the Eurocup, thanks to Unai Simon, who saved 2 penalties, and Ruben Vargas, who blew his shot

penalties, that was the way to meet the first semi finalist of Euro 2020, Spain qualified thanks to the charges of its players and an imposing performance by Unai Simon, who became the hero of the match by saving 2 penalties.

An error on the part of the Swiss was the cause that a detour crossed the goal of Yann Sommer. Denis Zakaria was the cause of hitting a shot that Jordi Alba put in after a corner kick and changed the direction of the ball so that it went to goal and without the goalkeeper being able to react to avoid it.

The second half with the need for Switzerland to equalize to think about the semifinals of the Eurocup, spaces were the key and more errors, now on the part of Spain, Saquiri took advantage of a double fault to score the tie from Remo Freuler.

In the second half, an expulsion conditioned Switzerland for overtime, and Spain with the man of more sought, searched, but did not find the goal and could not prevent them from going to penalties, in which Switzerland has an advantage because they already lived a batch in this Eurocup.

Koke is in charge of collecting the corner kicks, and one on the right wing was the reason why the goal fell. The midfielder’s center crossed the area without anyone being able to finish off, and it was Jordi Alba who hit the ball outside the area, it was a single shot for Sommer.

Unfortunately for all the Swiss fans, Denis Sakaria and Yann Sommer, the Borussia Monchengladbach midfielder tried to get the ball out with his foot so that it did not reach the goal, but he did the opposite, as his detour went towards a goal for 1 -0.

The errors were those that marked the course of the quarterfinal match in the Eurocup, an inattention in a departure from Spain, made Switzerland recover the ball and send a stroke to Remo Freuler, who could not reach the service, but another error, now between Pau Torres and Aymeric Laporte, who did not understand each other to clear.

After Laporte connected the ball, a rebound that hit Torres left them out of position, and Freuler with all the benefits to give the ball to Saquiri, who was unforgiving and crossed the shot with his right leg to beat Unai Simón.

Penalties between Switzerland and Spain in Euro 2020

Lionel Messi: what was the penalty imposed on him for the expulsion in the Spanish Super Cup against Athletic Bilbao