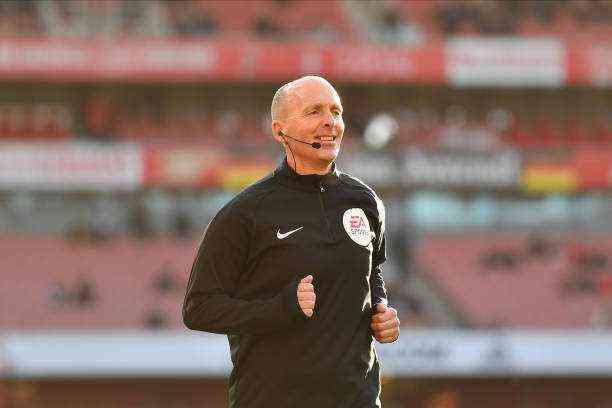 Being a referee is one of the most difficult professions in sports, always in the eye of the storm and the target of criticism, even when you do your job in the right way. Mike Dean has been through this situation for the last 24 years in the Premier League.

This week an unpleasant event happened for Mike Dean and his family, because they have received death threats and hate messages, all for some situations that have occurred on the field in England.

Mike Dean and his performances have caused controversy, especially two of his expulsions to Jan Bednarek from Southampton and Tomas Soucek from West Ham. It is worth mentioning that these red cards were appealed and revoked.

Mike Dean made the complaint of these attacks so that England’s justice is in charge of finding the culprits and fulfilling their responsibility for these events. In addition, he asked not to be considered for the following day but if he maintains his position to whistle the FA Cup duel between Leicester City and Brighton.

One of his most controversial events was the one he starred in with the then Tottenham manager, Mauricio Pochettino. The Spurs would lose the game, and a controversial decision by Mike Dean would become one of the goals with which they beat Tottenham.

Pochettino went to demand this fact from Mike Dean, and there it seemed that the thing had ended, but after moving away, the Argentine coach returned to face Dean for some words he released, a fact that unleashed Mauricio’s fury.