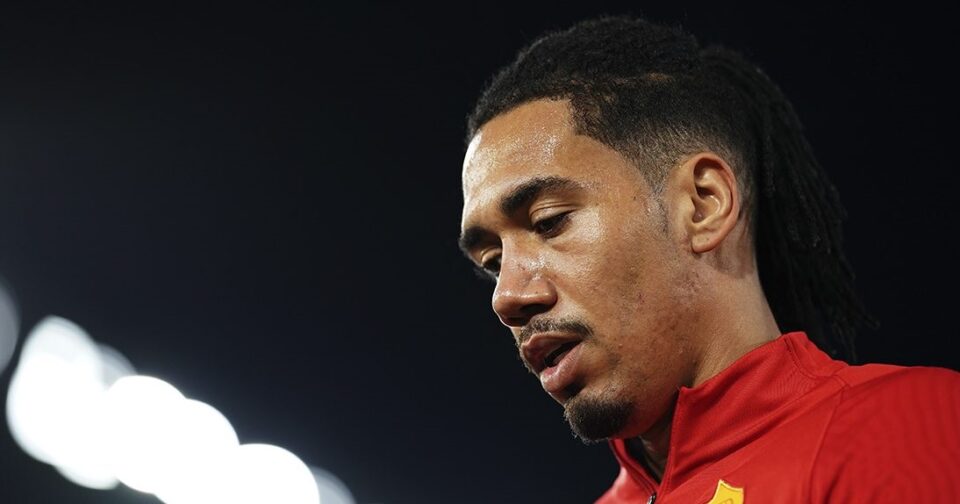 An unfortunate event happened in Rome, the defender Chris Smalling suffered a robbery in his house with his wife and their young son.

Crime is the order of the day, and regardless of whether you live in Mexico, France or Italy, you will always be afraid not to be robbed and less in your own home. Chris Smalling, the English defender for Roma, was the victim of a robbery in his own home and in front of his family.

Unfortunately, it was like that for the footballer, who hours before the assault was celebrating his pass to the Europa League semifinals after eliminating Ajax with a 3-2 aggregate, although he was not part of the team that was on the field for a knee injury.

In an unfortunate event, Chris Smalling was sleeping in his house located in a villa in the Appia Antica area, in the heart of Rome, when 3 hooded individuals entered his home and robbed the defender’s house next to his wife and a little son.

According to the Gazzetta dello Sport, the Rome police are already looking for 3 individuals who stole a Rolex watch and jewellery belonging to Chris Smalling at gunpoint, because during the assault, they forced him to open the safe that he has in his home.

It was around 5 in the morning when Chris Smalling’s wife, British model Sam Cooke, who called the police, and they went immediately, but the assailants were no longer in the house, also, they are already conducting the pertinent investigations if.

Crime attacks the world of football

This 2021 we have seen 2 other cases similar to Chris Smalling in football because everywhere crime attacks indiscriminately. Mexico and France are the other 2 cases, in which footballers like Funes Mori de Rayados and Ángel di María have suffered due to this.

Rogelio Funes Mori was a victim of crime in Monterrey, on March 7, when an armed commando broke into his house, and the Rayados striker and his family were subdued in one of the rooms of his residence and stole valuables.

A few days after the Cas Funes Mori in Mexico, France and the Argentine footballer, Angel di Maria, experienced a similar event, because during a PSG match, the team in which he plays, he had to be substituted in the first half due to his family had suffered robbery and kidnapping.

Men had entered the home of the PSG footballer to steal, while the player’s wife and children were there. They were kidnapped for a few minutes, and it did not happen to adults. Fortunately, in both cases, only material things were stolen from the house of di María and Funes Mori.

What Is The Cap And Wage Bill In Spain And How Does It Affect Messi And Barcelona’s Contract?