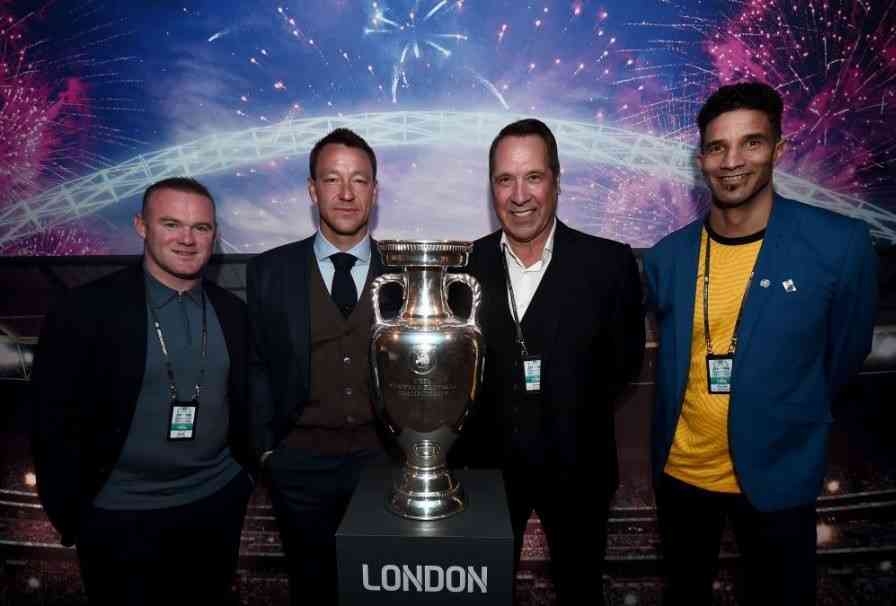 Regardless of what happened on the pitch, the Euro 2020 Final left us moments worth saving for posterity.

After a month of luxury football, exciting matches, and heart-warming moments, Euro 2020 came to an end with the Final between England and Italy. The mythical Wembley looked practically full to receive both teams and ended the night with the coronation of the Italians.

However, from the hours before and until the final whistle, there were alternate sports moments. From crossovers between soccer players with actors and politicians, a spontaneous on the field, and much more.

Despite the fact that the atmosphere began as a party and with thousands of strangers turned into the same family, the situation changed hours later. The entrances to Wembley were filled and not only thanks to the people who bought tickets, as many fans tried to slam the door and sneak in.

While some met the objective in the first filters, others did not have the same luck and were beaten by security personnel.

Meanwhile, those who did manage to get past the security filters had to run to avoid being detained by the police. Unfortunately, the “casts” were estimated to be hundreds of fans, and instead of meeting 75 percent capacity, Wembley looked more crowded.

The stars off the field

While it is true that this type of event consists of enjoying the figures on the field, it also enjoys the presence of other stars who are no longer footballers and are still involved in sport: David Beckham, Mauricio Pochettino, Claude Makélélé, David Moyes, Sir Geoff Hurst, Wayne Rooney or John Terry, to name a few.

Rio Ferdinand also arrived at Wembley very early for the Euro 2020 Final. In fact, he had to be escorted by some security elements among the fans, as they surrounded him euphoric in the hours before the game.

The Prime Minister of the United Kingdom was not left out of this historic match and appeared at Wembley in his England jersey; he even ran into Wimbledon champion Novak Djokovic. For their part, Kate Middleton and Prince William were accompanied by their son George.

It should be noted that the Duchess of Cambridge had a hectic weekend. He went to the Wimbledon Finals, and specifically this Sunday, he began with the awarding of the trophy to Novak Djokovic, to later experience an exciting football match.

Keir Starmer, a leader of the Labor Party and a lawyer specializing in human rights, also captured the spotlight in the stands by awarding several photos to fans. As if that were not enough, Tom Cruise was not far behind and arrived at the property after being captured at Wimbledon; along with Boris Johnson, he gave us an epic crossover.

He could not miss: A spontaneous!

When the 86th minute was running, the 2020 Eurocup Final had a brief pause due to a spontaneous entry. A man entered the field on the left side of the side defended by England, and although the broadcast cameras were diverted towards the players, they did not avoid recording this person for a moment.

This was followed by Wembley security personnel engaged in a successful manhunt.

The entrance of the ball in a miniature truck

As was done in the opening match, the Euro 2020 Final featured a peculiar way of receiving the ball. He entered the field of play in a very small truck, which caused a sensation on social networks.

But the most important thing was that it had the colors of the LGBTQ + flag and gave an important message in favor of inclusion, especially in the middle of a controversial tournament thanks to UEFA and its decisions.