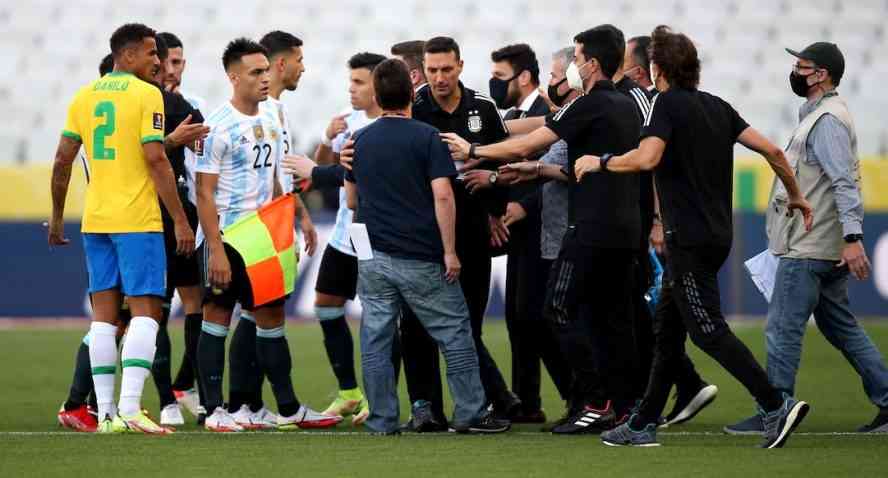 After the Conmebol qualifying rounds scandal, the 4 players deported from Argentina will have to assume consequences and respect quarantine.

Follow the scandal! Almost 24 hours have passed since the Brazil vs Argentina World Cup qualifiers were suspended due to the possibility that 4 players from the ‘Albiceleste’ were deported. After having violated health protocols, the Brazilian government demanded his departure from the country, and the chaos began.

The game began with apparent normality, until several people entered the arena of the Sao Paulo Arena. Outside of CONMEBOL and even armed , they sought to escort Emiliano Martínez, Giovani Lo Celso, Emiliano Buendía and Cristian Romero.

However, the annoyance and uncertainty grew as the minutes passed. Figures such as Lionel Messi and DT Lionel Scaloni complained why this did not happen before the kickoff … And the fact is that the rules were broken days before, but no Brazilian body acted, until the last moment.

What’s next for deportees from Argentina?

Although the issue goes beyond the clubs or just government regulations, the first thing is that the players rejoin their clubs. According to information from Marca , Emiliano Martínez and Emiliano Buendía left the Albiceleste concentration on Monday. Their next destination is Madrid and from there they will be transferred to Croatia … Yes, Croatia.

The most logical thing would be that they arrive at once in England to later train with Aston Villa, but everything is part of a strategy. If the two footballers comply with their quarantine in Croatian lands, the isolation will only be 10 days and not 14. In addition, they will be able to train normally instead of spending the next few weeks in a hotel.

For their part, Giovani Lo Celso and Cristian Romero also left Sao Paulo, the difference is that they landed in Buenos Aires. It is unknown if they will be able to have activity on Thursday September 9 against Bolivia or if they will make the trip to Europe.

The truth is that the media in England assure that Tottenham analyzes the possible sanctions against the two elements. The directive considers that they went to the convocation with Argentina without permission and when they were deported, the issue is more delicate.

However, the English government’s recommendations include not entering South American countries or in general those suffering from stronger outbreaks of COVID-19. Still another option is for them to come to Croatia, like their other teammates.