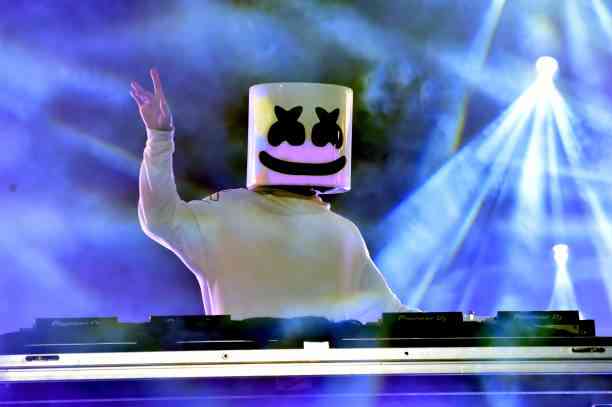 In the Super Bowl style, the Champions League will have its show before the final of the tournament and Marshmello will be in charge of the show.

In case the Champions League is missing something, there will be a new reason to tune in early on the most important game of the year and it is neither the players nor the game situations nor the strategies of the technical directors, but a show that will be before the match that Marshmello will give.

Yes, the DJ will be giving a show prior to the kickoff of the match between Manchester City vs Chelsea on May 29. Something that is already becoming customary in these Champions League matches began with the Black Eyed Peas in 2017.

Portugal will be the setting for the Champions League final, UEFA confirmed that the DJ and music producer will be in charge of the opening ceremony of this year’s final presented by Pepsi, this will be the fourth edition in which this Previous show.

“It really has been a year like no other. I am looking forward to offering my fans of sports, music and pure entertainment a show like they have never seen. Thanks to Pepsi and UEFA, that’s exactly what I’m going to do.” to bring the world a performance that everyone can enjoy, “said DJ Marshmello.

After 4 years in which an artist has been in the previous show, this tradition is already being carried out, very much in the style of the Super Bowl, which is almost a registered trademark and with an event as seen in the world as the final of the Champions League, we do not doubt that several artists want to join in the following years.

What artists have been in the previews of the Champions League final?

Juventus and Real Madrid contested the Champions League, and prior to the duel that would crown Cristiano Ronaldo and company, the Black Eyed Peas (although without Fergie, we all miss her) took over the event before the game, and it was a pleasant surprise.

For 2018, Dua Lipa would be in charge of carrying out the previous show, and that would ultimately mark the three consecutive championship of Real Madrid, but the show was a trend around the world, and its popularity began to rise among football fans who did not know it.

The British final between Tottenham and Liverpool would bring rock to the stages of the Champions League, Imagine Dragons would be in charge of causing euphoria among the fans before Jurgen Klopp and company lifted the title of champions.

Due to the COVID-19 pandemic, the 2020 Champions League edition could not have any artist prior to the final. So Marshmello will mark the return of the shows before a new champion of the top club tournament is crowned.