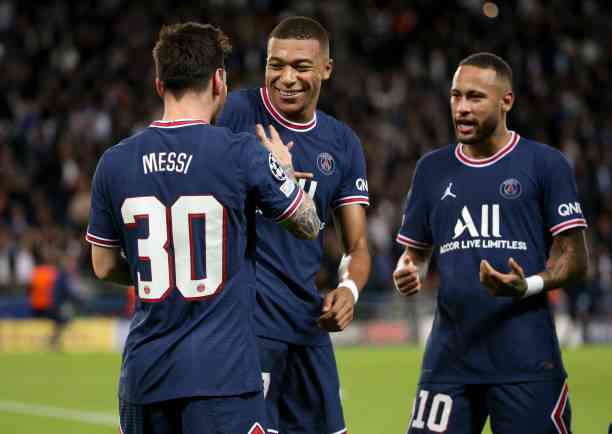 Lionel Messi gave details about his departure from Barcelona, how he decided to sign for PSG, and his relationship with Mbappe.

Lionel Messi gave an extensive interview to France Football, the magazine that year after year awards the Ballon d’Or, the most prestigious individual trophy in football, and revealed details about his departure from Barcelona, ​​just a few days after Joan Laporta, president of Barcelona, ​​did the same in Spain.

In this interview, Messi assured that he was not wrong when signing with PSG, but reiterated that he was not in his plans to leave Barcelona and that he had been informed at the same club that everything was ready to renew his contract, so he was calm On vacation and on his return to Barcelona, ​​the situation changed completely.

Messi wanted to renew and retire with Barcelona

“But when I arrived in Barcelona they told me that it was no longer possible, that I could not stay and that I had to find another club, because Barça did not have the means to renew me … It was extremely difficult to accept,” said the Argentine.

Messi wanted to renew his contract with Barcelona and stay at the club until the last day of his career as a footballer. “I had decided, and my family too, that I was going to finish my career in Barcelona … but I had no choice but to leave.”

Laporta revealed that when they negotiated the renewal of Messi’s contract, the Argentine “had a powerful offer,” perhaps that of PSG, with which Leo settled almost immediately, although he acknowledged that there were other offers on the table, however, Beyond the economic proposals, he chose PSG because he had friends at the club, such as Neymar and Ángel Di María.

“Knowing that I had friends in the locker room allowed me to tell myself that things would be easier to adapt. At the Copa América, they asked me regularly when I was going to join them, but always in jest, because they knew that my idea was to stay in Barcelona. It was a surprise to them when I told them I was coming to Paris”, said the South American.

For some time, it was believed that Lionel Messi and Kylian Mbappe did not get along and that the relationship was broken, especially after the Frenchman complained about the bench that “that idiot does not pass it to me,” referring to Neymar.

However, Mbappe was the one who gave him the assistance to score his first goal for PSG, in the Champions League, against Manchester City. The Argentine assured that the relationship with him has been good from the beginning, largely because he speaks Spanish well and said he was satisfied with the fact that he had not gone to Real Madrid.

“With a player like him, it’s easy to get along. Also, Kylian speaks perfect Spanish. Facilitates things. I had just arrived, I still did not know him well enough to go talk to him about this (the interest of Real Madrid) and give him my opinion. Like everyone else, I waited to see what would happen. But, in the end, he stayed with us, and for me, he is a great joy. It is one more element in our favor to achieve our objectives”, he indicated.

When comparing the PSG trident with the one he formed at Barcelona, ​​Messi mentioned that things are different at PSG, since Luis Suárez is an area player, while Mbappe usually comes out of it and faces spaces. “Age first! We were young when we started playing together with Ney. Today, the young man is Kylian”, he declared.

Which National Teams Can Qualify For The Qatar World Cup On Fifa Date?