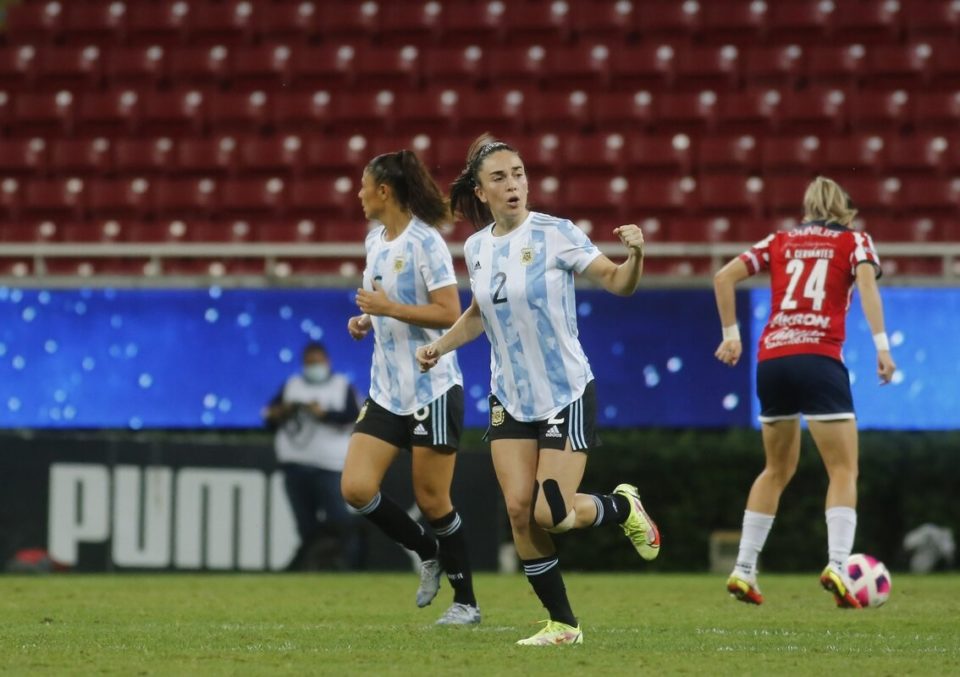 With goals from Barroso and Rodriguez, the Argentine National Team surprised Chivas Femenil with a 2-1 victory at the Akron Stadium.

Against all odds, the Argentine National Team beat Chivas Femenil 2-1 at the Akron Stadium. This was the first international friendly match for the ‘Rebaño,’ and Edgar Mejía’s changes ended up playing against him during the second half.

The controversy was not lacking in the environment of this meeting. The Mexican National Team could not count on Alicia Cervantes, and Mónica Vergara explained that Guadalajara refused to lend it to play their friendly match. However, a few days later, the answer came from Nelly Simón, who assured that DT ” is not well aware ” of how everything happened.

Relive the goals of Chivas Femenil vs Argentina

Joseline Montoya opened the scoring at minute 7, with a play in which speed prevailed. What seemed like a dangerous approach for Argentina led to a lethal backlash in favor of Chivas Femenil. The speed accompanied Alicia Cervantes from half-court forward, and she herself was in charge of attending the ’13’.

The clock advanced calmly for the ‘Flock’, but Agustina Barroso was in charge of silencing the stadium at 39 ‘. Palmeiras’ defense appeared easily between two rivals, and what attracted the most attention was Celeste Espino’s late reaction.

The Chivas Femenil goalkeeper observed the Argentine player’s shot and made for the ball when it was already behind her.

In the complement, Chivas Femenil generated options to regain the advantage over Argentina, although the clearest one was canceled out of place. The changes made by DT Edgar Mejía did not work, and proof of this was the dominance of the South Americans.

For the second time that night, the tapatías suffered from above in what represented the 1-2 against. Yamila Rodríguez is not characterized by being the tallest soccer player in the Albiceleste squad, and even so, her shot with the head was forceful to put her team up.

Back On The Bench! America Walks With Solari, But Without Giovani Dos Santos

Equality? This Is The Economic Prize That The Champions Of The Women’s Champions League Receive