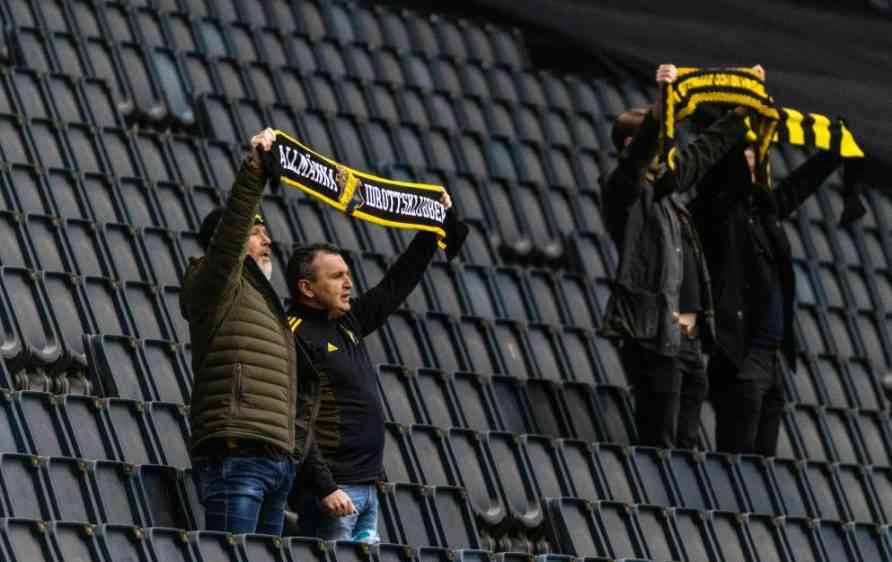 Fans in Sweden can return to the stadiums, the bad news is that only 8 fans are allowed in the football fields.

Sweden returned to sporting activity in football, as the Allsvenskan (that’s what the league is called in the European country) just started, but not only that, people also returned to stadiums. The government allowed fans to be back in the venues, but the point is that only 8 fans are allowed into the stadium.

Imagine that situation, and we can do it from 3 different points of view. As a fan, you have waited a long time to enjoy a match in a stadium again, but tickets are limited and hopefully you will be one of the 8 to be present.

As a footballer, you will finally have the support of all your fans, well, not all, because there will be 8 fans who will be cheering you on from the stands, in the same way as a rival player you will feel the pressure of those fans. Finally, as an institution, because the tickets mean a good amount of money, there are only 8 sales that you can make.

Sweden in trouble from COVID-19

Sweden’s fight against the coronavirus has been ambiguous, because at the beginning of the pandemic, the Swedes refused to use the mask and it is that they did not use this article as mandatory, and they trusted their citizens to maintain social distance and personal hygiene of constantly washing hands, obviously this was a resounding failure.

At the end of 2020, Sweden was one of the countries most criticized for its actions in the face of the pandemic and the COVID-19 virus, since it was one of the nations that said no to total confinement. In December 2020, reports indicated that there were almost 350,000 confirmed coronavirus cases and more than 7,800 deaths.

“I think we have failed. We have a large number of deaths, and it is terrible “, were the words of Carlos Gustavo, King of Sweden at the end of the year and with all the social and media pressure given the little strategy that the European country had.

Currently, the situation in Sweden is worrying, as the average number of new infections per day is growing and does not stop, since COVID-19 infections are increasing and there are 5,933 new cases reported on average every day. This represents Sweden 83% from the highest peak that was on December 22.

The number of deaths and infections continues to increase. The measures that Sweden has taken are still not sufficient, and with 876,506 infections and 13,660 deaths related to COVID-19, the decision to only allow 8 fans in the stadium can be understood.

Critical decision for the reopening of the stadiums

But in Sweden, things seem to be upside down, because after the number of infections by COVID-19, shopping centers and parks can house more than eight people at a time. In fact, the government allowed 5,000 people to attend the Skansen animal park in Stockholm on the same day that the AIK had eight spectators at its stadium.

Mats Enqvist, general secretary of soccer in Sweden, mentioned the media in his country: “It seems easier for the health authorities to find solutions for shopping centers and bars than for us. I don’t know why really.”

Spilled The Soup! Messi Clarifies To France Football The Relationship With Mbappe And THe Trident Of PSG