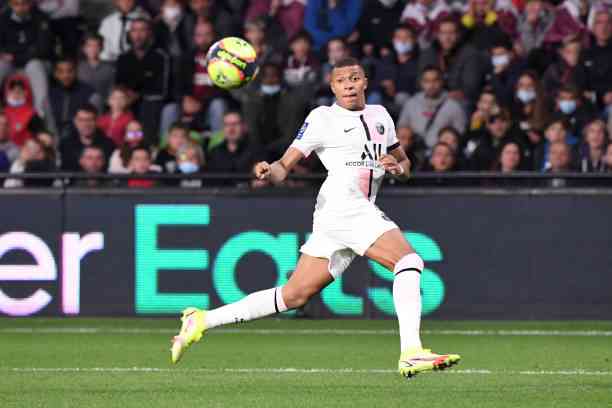 Kylian Mbappe was close to scoring a goal when he had to return the ball in an act of fair play … and then he celebrated the goalkeeper.

PSG saved Metz at the last minute, thanks to a double by Achraf Hakimi, who scored in added time and thus avoided the draw of the Parisian team, which did not have the presence of Argentine Lionel Messi, who was injured due to injury in the knee.

Hakimi scored the game’s first goal after five minutes, but Metz found the tie at 39, ‘and the result prevailed until 95’, so PSG kept the perfect pace, although his style did not convince.

In that attempt to regain the advantage, Kylian Mbappe was close to igniting the controversy by attempting a goal in a Fair Play action eight minutes from time.

What did Mbappe do?

Mbappe received a ball from Neymar so that the Frenchman returned the ball, however he almost scored a goal with a pumped shot while the Metz goalkeeper, Alexandre Oukidja, who had to go back to his goal and jump to avoid the goal (minute 7:30 of the video).

Immediately, both the goalkeeper and other players claimed Mbappé, who rejected the comments of his opponents.

But it did not stop there, since Mbappe went to celebrate Hakimi’s last-minute goal directly to Oukidja, so the goalkeeper went to look for the French forward among the tumult of PSG players who celebrated the goal, however Neymar He came out in defense of the Frenchman with a push that sent the goalkeeper to the ground.

All in all, PSG is the undisputed leader in Ligue 1 with 21 points from seven games, and an advantage of more than four points over their closest pursuer, Marseille, who has a game pending.