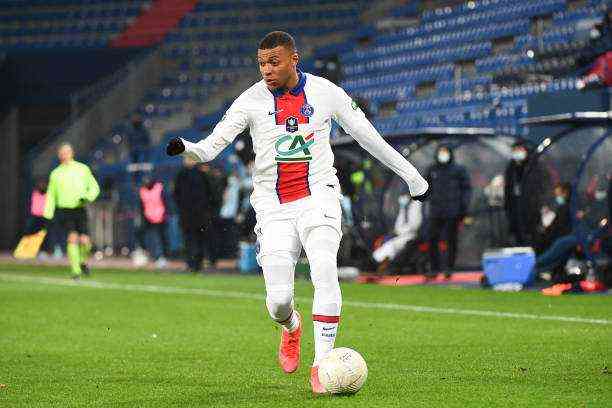 February 16, 2021, will be marked in Barcelona’s history as the day on which Kylian Mbappé took the king’s crown from Lionel Messi at the Camp Nou, on one of Barça’s tragic nights in the Champions League. The Catalan team adds humiliation to its increasingly extensive collection every year, and that night Mbappé did, literally, what he wanted in the Blaugrana garden.

The Frenchman scored a hat-trick with which he leaves Barcelona on the canvas for the return of the Eighth Finals, exhibited the defensive deficiencies of Koeman’s team (which are the same deficiencies as with Valverde and Setién), left thinking to Gerard Piqué that perhaps it is time to retire, leave Barça or accept a role as a substitute, but he also left a scene that has gone around the world after a lawsuit with Jordi Alba, to whom he said: “On the street I kill you.”

The play that unleashed Mbappé’s threats

Mbappé unhinged the entire Barcelona defense, including the American Serginho Dest, who had no choice but to stop him with a foul. Both met again in the Catalan area prior to the collection of a corner kick, and there the Frenchman pushed the Blaugrana player, who had previously apologized.

It was when Jordi Alba intervened: “He has asked your forgiveness. You are an enlarged one”. This was not taken well by the Frenchman, who launched the threat in Spanish: “In the street, I kill you.”

Before taking the corner kick, Jordi Alba launched a message, which according to the aforementioned newspaper, refers to Neymar: “The uncle is learning, he is learning from the worst, idiot.”

Barcelona suffered in the corner kicks

On the same day of the match, a video was released in which Piqué denotes despair at the end of the first half with shouts, claims, and a discussion with Antoine Griemzmann, prior to the execution of a corner kick.

“A long possession, damn it, I shit the bitch!” Shouted the defender, who played his first game after being absent for more than three months. Griezmann asked him not to shout, to calm down “your mother’s shell,” to which Piqué responded. “No, you mother’s shell, we are suffering, and we have been like this for five minutes.”