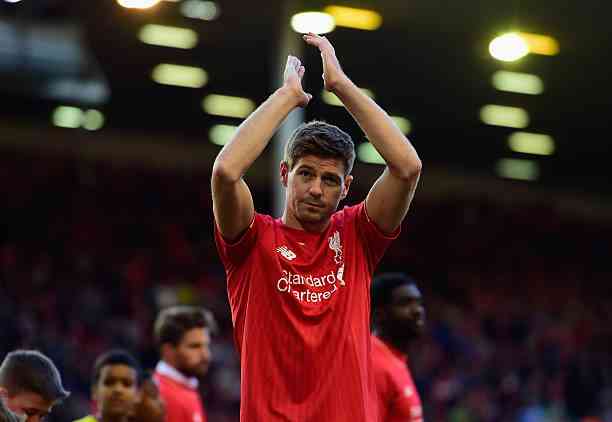 Real Madrid is not exactly a good memory for Liverpool in recent years, not only because of the Loris Karius episode.

Real Madrid has not been a good memory for Liverpool fans in recent years. In the 2018 Champions League final, Loris Karius had a performance under the three posts that the Reds can never forget.

In the current edition, the series of the Quarterfinals is practically sentenced, after the 3-1 victory on the field of Alfredo Di Stéfano

There is another chapter against the meringues that marked the end of an era, especially of an idol, Steven Gerrard.

On November 4, 2014, Gerrard watched 69 minutes from the Santiago Bernabéu bench. Coach Brendan Rodgers explained that the absence of the captain and other passing players at Liverpool was because he considered the fight for the Premier League a priority over the Champions League.

In the first game 3-0 against Madrid in the group stage, Liverpool had lost at Anfield. On the return leg, they threw the European tournament into the trash to keep their important players fresh for the match against Chelsea in the Premier League.

This did not please the British press, Liverpool fans, or Steven Gerrard, who that day decided to step aside in the team of his loves at the end of the season. Liverpool fell 1-0 to the merengues, who for that season had Mexican Javier’ Chicharito’ Hernández.

“That was the night, hidden in the depths of a bench at the Bernabeu, when my disappointment was so profound that I decided it was time for a change,” he tells Gerrard in his autobiography.

“If Brendan’s management of my games meant that I would miss playing against Real Madrid, it seemed like I had seen the end. How could I continue to play for Liverpool for another year if these were the kind of empty nights that awaited me?”, He argued the captain.

Liverpool did not make it past the group stage by just one point. He finished with five points, and Basel, who scored two more, took second place in the group, and at the end of that season, Gerrard left for MLS, with the Galaxy.

For the feast at Anfield

If Liverpool enjoyed the honey of that epic comeback against Barcelona at Anfield, the Reds must appeal to another epic night at Anfield, where they need at least two goals to tie the aggregate and qualify for their away goal.

Instead, if Madrid scores a goal, Liverpool’s goal should be to score three goals to bring the series into overtime and, if necessary, penalties. If you want to avoid this instance, the goal will be four goals.

Benzema, The Only Footballer In La Liga Nominated For The Best