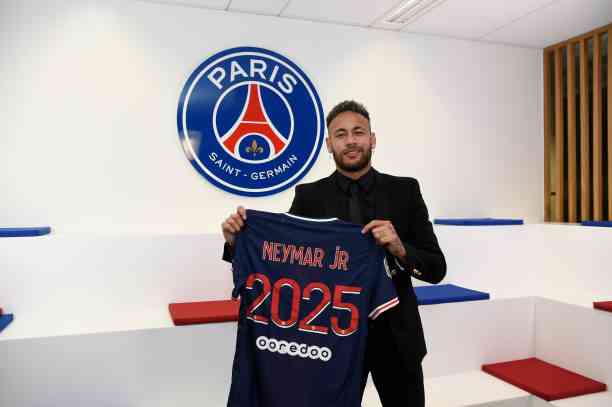 Neymar put an end to speculation about his future, after renewing a contract with PSG for a multimillion dollar figure.

Within football, there are few certainties and many unknowns, but among those few certainties, we have that Neymar’s future is not in Barcelona, ​​but in Paris, as the Brazilian renewed his contract, which links him with PSG until 2025.

The Brazilian had expressed his desire to return to Barcelona last year, so he missed the first days of the 2019-20 season, and now his return to the Catalan club looks practically impossible.

The numbers of the renewal of Neymar

Brazilian soccer reached an agreement that ensures an income per year of 30 million euros per year tax-free, just for salary, according to El País. According to Forbes, the South American already earned more than 35 million per year, although taxes reduced this amount.

The agreement that links Neymar with PSG for the next four years represents a guaranteed income for the footballer of 120 million euros, to which advertising contracts must be added.

In September 2020, the forward signed a multi-million dollar deal with Puma, in exchange for 25 million euros a year, and this deal extends even after the Brazilian decides to retire.

What will happen to Mbappé and Messi?

However, the renewal of Neymar uncovers new unknowns regarding the future of two of the players who will be protagonists in the next transfer market. The first of them is Kylian Mbappe, who has speculated that he could go to Real Madrid next season with the signing of Neymar.

The Frenchman has remained on the white team’s radar since 2018, and after the poor performance of Eden Hazard, the elimination in the Champions League, and the irregular passage in La Liga, Real Madrid is demanding a figure. For PSG this year, it is essential to sell to the French, as the contract ends in 2022.

The other player in the spotlight is Lionel Messi. Rumors say that PSG is planning his 2021-22 season with the Argentine, who has not renewed a contract with Barcelona and will be a free agent at the end of the current season.

5 Keys That Led Manchester City To The Champions League Final

The European Super League Falls Apart, But The Memes Were Not Lacking