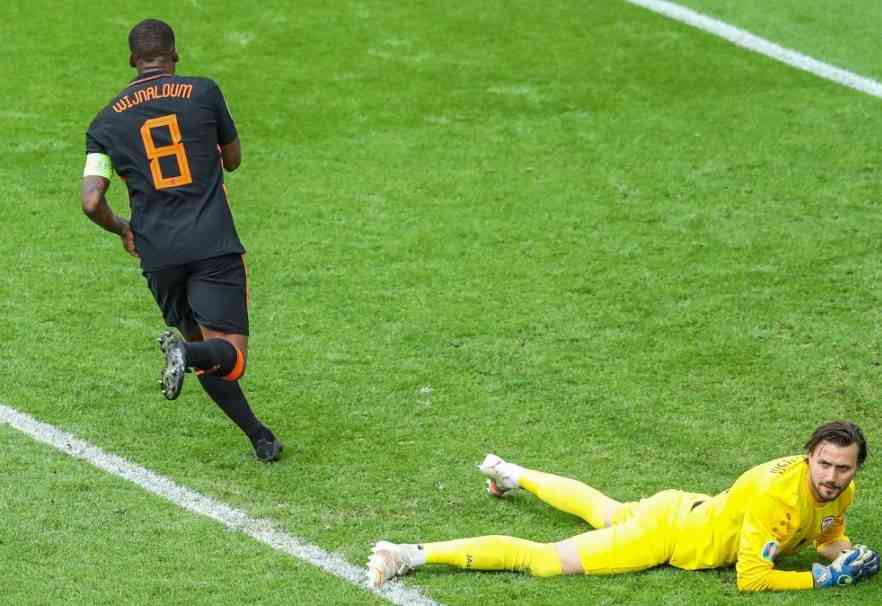 The Eurocup begins to define their qualifiers, Belgium and the Netherlands give a coup of authority as group leaders.

Little by little, those classified for the round of 16 of Euro 2020 are defined, with Italy and Wales already classified and Switzerland waiting to be one of the best third places, awaiting the results of today’s day in which Belgium and the Netherlands have closed their pass.

Group C was the first to see action on this day. North Macedonia wanted to finish their participation with a good result, but in front of them, they had a team from the Netherlands wanting to finish undefeated, and they did. Austria played second place in the group against Ukraine, Baumgartner put the lone goal to the advantage.

For group B, Belgium was looking to reach 9 points against a Finland that continues to live the dream and still hopes to qualify. Denmark gave the bell, and with their victory, they became second place and go to the round of 16, Russia did not lift and left the tournament.

In the 24th minute of the first half, the scoreboard was broken, and the Netherlands took the lead thanks to the new signing of Barcelona. After a combination between Memphis Depay, who advanced with the ball controlled by the center of the field, gave the band to Donyell Malen, to return the ball to Depay and cross the shot.

For the second half, the story was no different, the Netherlands would find the goals after much insistence in the attack. Wijnaldum would find the second goal, Depay served as the assistant after a play in which he reached the goal line and passed Wijnladum who was in the area which ‘9’ nominal to put the ball into the goal.

The third goal for the Bajos Countries also came from the feet of Wijnaldum, the scorer for the national team and after a shot that Stole Dimitrievski saved, but which was close to the penalty spot to the midfielder who only took care of putting the ball into the goal right leg.

A single goal in this match, Baumgartner scored the goal that put Austria into the round of 16, after a corner kick taken by David Alaba. The center crossed the goal, and near the small area, Baumgartner won the position of the defender, and with the sole of the shoe, he scored for the victory. Austria will face Italy in the round of 16.

Fortune was not on Finland’s side, after holding the draw for most of the game, at minute 74 an own goal by goalkeeper Lukas Hradecky, opened the scoring after a Thomas Vermaelen header that crashed into the post, and on the rebound, the goalkeeper could not get off, hit him in hand and inside.

Kevin de Bruyne was once again present on the scoreboard, a filtered pass from the left wing to the center of the field, Romelu Lukaku received it masterfully, and with the reception, he directed the ball to turn his body to hit a right hand that Hradecky neither saw nor it ventured.

Denmark owed it to Christian Eriksen, and in one of the best performances of the Euro, the replacement of Inter midfielder Mikkel Damsgaard opened the scoring in the style of Eriksen, with a mid-range shot that sneaked into the back of the net.

Yussuf Poulsen was in charge of scoring the second goal for Denmark, Russia tried to get closer thanks to a penalty that Dzyuba scored, but the Danish attack was superior, and 2 goals sentenced the victory and classification of 4-1, Christianese and Maehle the scorers.