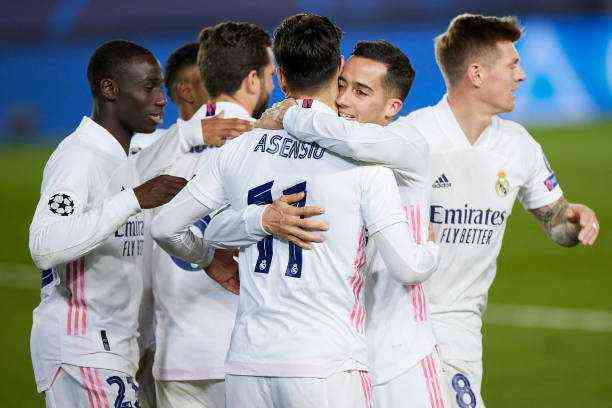 Real Madrid and Manchester City find the key that classifies them to the Champions League’s quarterfinals, and here are the goals.

Atalanta wanted to surprise as in last season, but it took a lot of work. Without a great connection for this match between Luis Muriel and Duvan Zapata, things got complicated for the Italians, and the elimination was consummated.

If someone pulls the car in Madrid, it is Benzema. Almost like Adidas commercial in the 2000s, these times without Cristiano are Benzema + 10. With a goal from the Frenchman, they made it 2-0 on aggregate and qualified. Captain Sergio Ramos, is living the return to the courts after an injury, and he did it with a goal to close the classification.

Pep Guardiola and Manchester City are a well-oiled machine, as after 4-0 on aggregate, they are emerging as one of the serious candidates to take the title. On the field, the gears work perfectly. Kevin de Bruyne and Gundogan were in charge of the goals in the second leg.

Borussia Monchengladbach just didn’t travel for the match, they were physically in the match, but they never met, and neither did their hands get into it. Sommer had a lot of work because City never stopped looking to extend the advantage and only conceded 2 goals.

The goals of the quarterfinals

Real Madrid vs Atalanta: A mere formality for Real Madrid, which knows these instances like the back of its hand. Benzema was in charge of opening the scoring, after an error by the Atalanta goalkeeper, Modric recovered the ball to leave the Frenchman on a silver platter and only push the nets.

The second goal was a penalty, Sergio Ramos, from 11 steps shot to the right of the goalkeeper and the ball went to the nets. The discount came from Luis Muriel, with a free kick shot that beat Courtois.

Asensio, who had been on the field for 3 minutes, converted the 3-1 and found the space after the goal of Atalanta, which without being located on the field, the young Spaniard took advantage of Real Madrid to define at the near post and close the tie.

Manchester City vs Borussia Monchengladbach: In a play that began near the right corner for City, Mahrez came out ahead of 2 to defend and gave the ball to Kevin de Bruyne, the Belgian did not hesitate to take the cross shot for the 3-0 aggregate.

Foden is one of Guardiola’s jewels, and he showed it, a play that was born in his feet and that was carried to the half moon, in which he filtered the ball for Gundogan, who only crossed the ball and sentenced the tie.

Christiano Ronaldo Leaves ‘Chucky’ Without a SuperCup With a History Goal