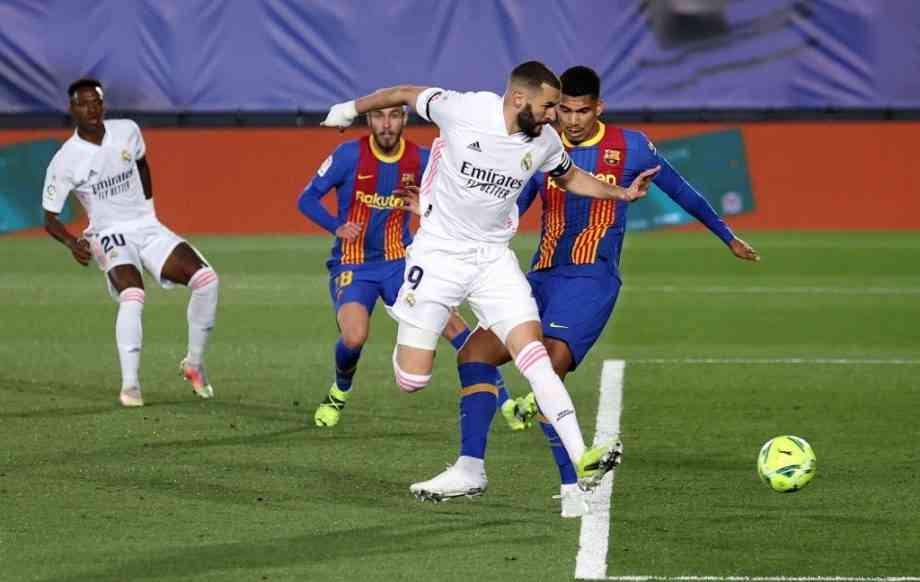 Benzema and Kroos were the protagonists: Real Madrid beat Barcelona 2-1 in the El Clásico with goals worthy of several repetitions.

There was everything around here! Real Madrid beat Barcelona 2-1 in a new edition of El Clásico, which could be key in defining the La Liga champion.

With this result, the classification is still tight in the search for the title: Real Madrid reached 66 points, Barcelona stayed with 65, and Atlético de Madrid has 66, but tomorrow they face Betis.

What could have been the last Clásico for elements like Lionel Messi and Sergio Ramos, did not disappoint: the commitment had from a very heavy rain, to errors, balls to the posts, and ejected.

Before starting the game, both teams took the traditional photograph, but with a special message. During the week, the goalkeeper Misa Rodríguez received a lot of insults for uploading a photo of Marco Asensio.

For this reason, the player himself, his teammates, and the whole world came together to support her. With the phrase ” Same Passion, “the men’s and women’s teams highlighted that soccer does not distinguish between gender.

The merengue domain was presented from the first minutes of the game. With everything and that Thibaut Courtois had to give a slap to finish a dangerous play, the culés did not generate much pressure.

Just at minute 13, Federico Valverde started at full speed and connected with Lucas Vázquez, who assisted Karim Benzema. The French defined luxury, with a taquito that will be one of the Classic’s iconic images in its recent editions.

Before Barcelona could react, the score was already 2-0. A foul by Ronald Araújo further marked the superiority of the local squad, which increased the free kick advantage.

Toni Kroos charged perfectly before the incredulity of all the Blaugranas, who were placed in the barrier to have the best view of the ball that crashed into the back of Sergiño Dest and ended up at the back of the net.

After 45 minutes of nightmare and failures that were distributed between mistakes and good luck merengue, Barcelona’s score fell. The rain broke out at the Alfredo Di Stefano Stadium, and the scene became even more dramatic.

At minute 59, Jordi Alba crossed down the left wing, Antoine Griezmann let the ball pass, and it fell to Oscar Mingueza, who closed the gap in an unorthodox but effective way.