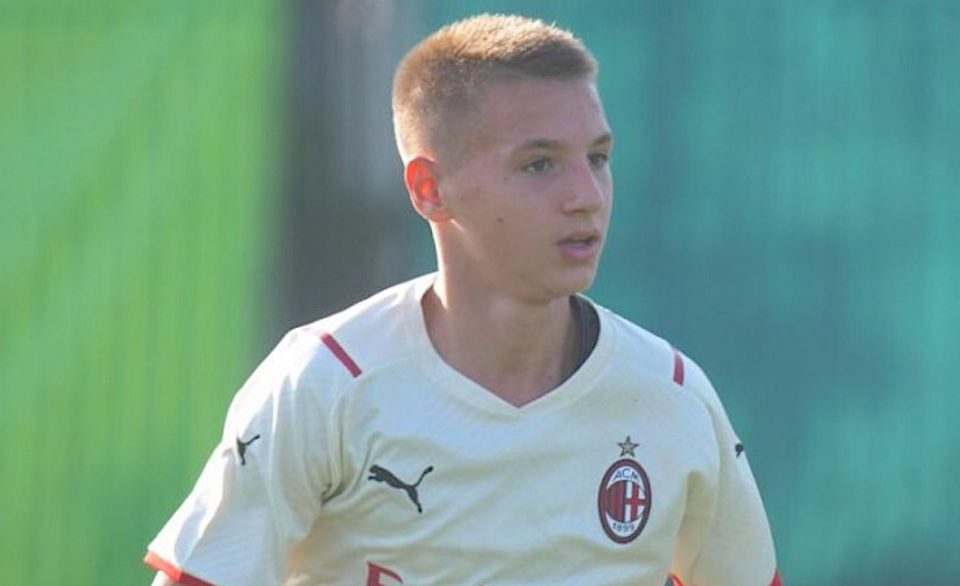 A new young prodigy has just appeared in football, it is a 13-year-old youth named Francesco Camarda, and he plays for AC Milan.

We have seen several young sports prodigies throughout the history of soccer. Some sign with big clubs and others are lost in the horizon of professionalism, but there are others who, despite their young age, break records and amaze the world. That is the case of Francesco Camarda.

The Italian boy is only 13 years old, but don’t let his age distract you from his immense quality as a striker, as he has numbers that even Lionel Messi would have to have at that age. So Milan is already licking its mustaches.

Francesco Camarda is only 13 years old and belongs to Milan, but he does not play with his category because his quality is above that. They had to upgrade him to the sub15, because basically, the other one was too small for him in terms of goals.

Here we enter fully into their history, because one of the great problems of the forwards is continuity, one season they score many goals and the next not so much, that is why Mbappé, Haaland, Messi, Cristiano, and Lewandowski are serious contenders at Ballon d’Or every year, for that continuity.

But if we talk about being a regular scorer, that is not a problem for Francesco Camarda because he has had monstrous numbers in the last three seasons. According to the scouting agency Sciabolata Morbida, the Italian youth has 483 goals in 87 games. It’s wild.

Those numbers of Francesco Camarda, neither Leonel Messi has them

When we talk about young prodigies, we have to talk about the Argentine star, because not for nothing did Barcelona decide to sign him on a napkin. That little rosary would become the best player in the history of the world, we lose debating it, but it falls into that category.

From a very young age, he already demonstrated his quality as a scorer in Newell’s Old Boys, but the truth is that he did not have the numbers that Francesco Camarda currently manages, Messi was far from those numbers, and it is worth mentioning, that in more seasons as well.

Six years was what he was with Newell’s, from 1994 to 1999, and during that time, he scored 234 goals in 176 games, enviable numbers but nowhere near those of the Italian youth. On his arrival in Barcelona, ​​he spent five seasons before making his debut with the first team.