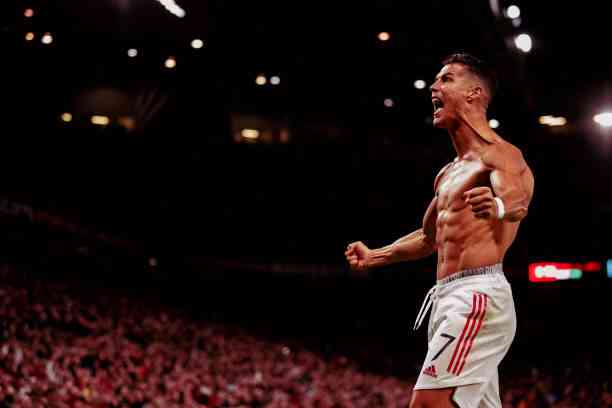 Come see the goal with which Cristiano Ronaldo rescued Manchester United in the Champions League. Solskjær learned his lesson.

Oh my mother, Mr. Champions has shown up again! Cristiano Ronaldo already adds another goal in his long list in the Champions League, with Manchester United, against the uncomfortable Villarreal, with whom there were pending accounts.

The Yellow Submarine won the Europa League final in a dramatic penalty shootout, so Ole Gunnar Solskjær had two missions to win at Old Trafford to heal a bit from the wounds of that final, and leave Cristiano on the pitch. Ronaldo.

Solskjær learned the lesson: Cristiano is left on the pitch

The Norwegian helmsman took Cristiano Ronaldo off the field in the second half of the game against Young Boys, who won 2-1, taking advantage of the fact that United had been left with one man less and that Cristiano had already left the field of play.

Solskjær was criticized for taking the Lusitanian, who had scored his team’s goal, off the court, but this time, against Villarreal, he left his star for 90 minutes, and CR7 rescued his team after the Submarine got ahead.

At the beginning of the second half, Paco Alcacer scored the first goal of the match, although at 60 minutes Alex Telles equalized the score with a goal.

Cristiano claimed a place on the scorers’ list in added time in a game, as Cristiano lowered the ball in the area with his head for Lingard, who gave the ball to the Portuguese when everything seemed that he would end the play, so he pulled the mark of two defense and the goalkeeper, so that he left Cristiano at the mercy, who shot.

Ravel Morrison, The Former Atlas Player Who Stole Ferdinand And Rooney’s Shoes So He Could Eat