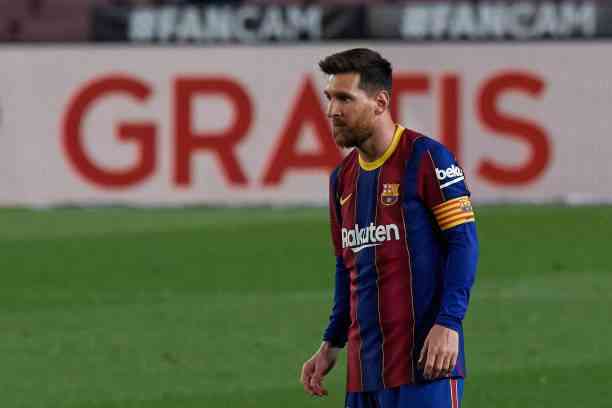 Is it the last classic for Lionel Messi with Barcelona? And what will happen to Sergio Ramos with Real Madrid? This is going to get good.

The Spanish League is on fire. Atlético de Madrid has lost the ground that made it the maximum and almost the only favorite to win the league title, however, the Colchoneros (66 points) are a stone’s throw away for Barcelona (65) and Real Madrid (63), who face this weekend in a special classic.

The first classic of the year between Real Madrid and Barcelona could be the last for Lionel Messi, who has not renewed a contract, so he will become a free agent at the end of the season.

This will be the 45th classic for Messi, who has scored 26 goals, has 19 wins, 11 draws, and 14 losses. He has not scored a goal for Real Madrid in his last six games.

Sergio Ramos has not renewed either

The Real Madrid captain is in a similar situation to Messi’s. Sergio Ramos ends the contract at the end of the season and has not renewed. The worst thing for the defender is that he will not be able to play the classic against Barcelona due to an injury, so if he does not continue with the white team, his last classic will have been the 3-1 victory at the Camp Nou, in October 2020.

Ramos has played 45 classics, of which he has won 15 times, records 10 draws, and 20 defeats against Barça. Messi will tie the number of classics played.

The classic is not played at the Bernabeu

The Santiago Bernabéu Stadium is undergoing renovations, so this will be the first Spanish classic to be played at the Alfredo Di Stéfano Stadium, home of Madrid Castilla.

This will be the eighteenth stage that the Spanish classic receives, which has been played, for example, in buildings such as the late Vicente Calderón, Mestalla, La Romareda, which have been neutral venues for the Copa del Rey finals, in addition to stadiums or fields that marked the beginnings of both Madrid and Barça at the beginning of the 20th century.

The return of Laporta

Barcelona held elections this year after Josep Maria Bartomeu’s resignation, and the Barça members elected the return of Joan Laporta, the president who brought in Ronaldinho, Raf Márquez, and Josep Guardiola.

Laporta hung a canvas from a building near the Santiago Bernabéu as part of his campaign with the phrase “You want to see them again,” referring to the fact that during his tenure Barcelona won classics with authority, such as 6-2 at “La Casa Blanca” and the 5-0 at the Camp Nou.

If Barcelona fights for the league title, it is largely due to a kind of resurgence that statistically contributes 17 consecutive games without losing in the league tournament.

A victory puts Barcelona in a heads up with Atlético de Madrid in the fight for the title, but a defeat ends the streak, which would mean many memes.

Not only Barcelona is on a good streak. Real Madrid has eight games without a defeat, which is their second best streak of the season. Between dates 12 and 20, he managed nine duels without defeat.