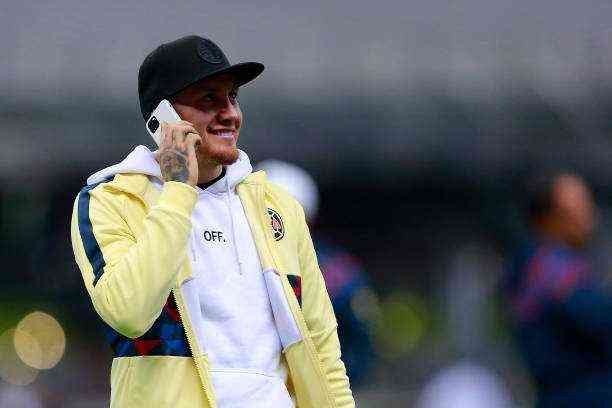 Nico Castillo received a medical discharge to return to high performance and will put things serious in America for the next tournament.

The nightmare is finally over for the Chilean Nico Castillo, who finally got a medical discharge to return to the practice of high performance after suffering a thrombosis in his right leg.

The Andean striker underwent a new surgery at the end of 2020. It was predicted that his recovery would be fully completed between the months of February and March, a fulfilled situation.

Castillo traveled to the United States to undergo a final review, and the evolution has been satisfactory, so that the attacker received authorization to return to the courts, the problem is that Nico was not registered for the 2021 Guardians with America, so that he has no options to play in the current tournament.

Faced with this situation, the footballer will have to wait for Apertura 2021 to be included in the azulcrema squad. “Last medical check-up before going back to the slopes! everything in order, with the medical discharge and ready to return with everything. See you in July”, published the footballer.

Once the current tournament ends, America will have a problem, since with the current squad, coupled with the return of Castillo, America would again be in trouble to meet the limit of foreigners or players not trained in Mexico.

For Guardians 2021, each team can register 11 players not trained in Mexico, of which only nine can be on the court, therefore, Ame had to release Andrés Ibargüen.

WHO ARE THE 11 FOREIGNERS OF AMERICA?

Nico Castillo has a contract until July 2022, and to stay in America, he depends on the casualties of at least one player not trained in Mexico of the 11 that the club currently has.

Solari has shown that he does not have Vinas, although the Uruguayan has already responded with goals. Sergio Diaz is another of the players who do not appear on the strategist’s map.

It is expected that in the summer, Solari can better arm his team, so they expect several casualties between Mexican and foreign players, but in case Castillo does not enter Solari’s plans, we could see the Chilean on loan to another team.

Meanwhile, Nico will be able to intensify the training load at the Coapa facilities and will be working in a few weeks with the first team to regain his physical condition and recover his rhythm little by little.

At What Moment And How Did The Fight For The Title In The Spanish League Tighten?