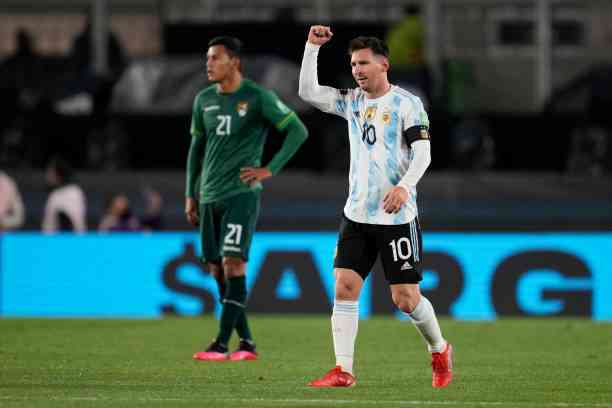 Lionel Messi burst into tears after the game against Bolivia, which scored a hat-trick, but that was not the reason.

Lionel Messi finally had the recognition that he had sought so much in Argentina, and on the 10th, he burst into tears, after the 3-0 victory over Bolivia in the Conmebol qualifiers heading to Qatar 2022.

The now PSG player was the hero of the night at the Estadio Monumental de River Plate by scoring the three goals with which Argentina won 3-0 to remain as runner-up in the tie, however, this was not the main reason why Messi burst into tears.

Why did Messi cry?

The Copa America is Messi’s first title with the Argentine National Team, so when remembering this fact, the 10th burst into tears before the ovations of the fans present in the building, which has not yet received authorization for a capacity of 100%.

“It was a unique moment because of how it happened and against whom it happened, after so much waiting. There was no better way to be and be here celebrating my mother, and my brothers are in the gallery, they suffered a lot, and I am very happy,” he said after the recognition.