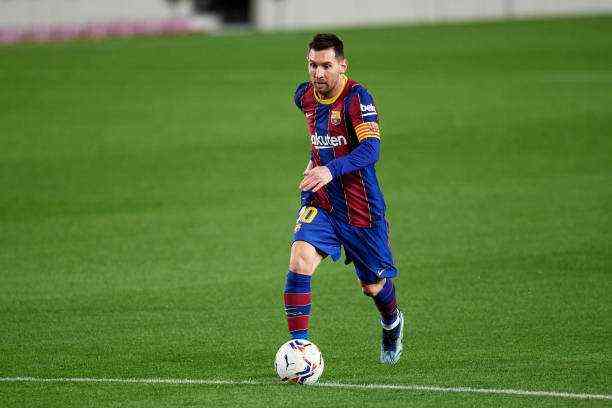 Lionel Messi donated the shoes with which he scored his 644th goal with Barcelona to the Museum of Art of Catalonia, and later they will be auctioned.

Lionel Messi is, for many, the best player today, despite the moment of Barcelona. The Argentine is sometimes compared to deities and even an artist, and formally he is, since his shoes with which he reached 644 goals for Barcelona are part of the National Art Museum of Catalonia collection.

The museum has more than 250 thousand works from various collections, most of them romantic art, and its emblematic work is the Pantocrator, which is a representation of Almighty God original from the church of Sant Climent de Taüll, in addition to the Virgin of the Angels scored by Pere Sarra.

Messi in the museum of Catalonia

Now, the museum has the pair of shoes that Messi wore on December 22, when he scored the third goal against Villarreal and with it reached 644th goal for Barcelona, ​​the highest mark for a player with the same team, although Pelé has other data.

The pair of shoes were donated to the museum and will be exhibited for a month, in the Oval Room, a space dedicated to social events, which has been ” uninhabited due to the pandemic and has been “uninhabited.” With this, the museum intends to recover a little of what was lost during the period of confinement. The entrance to the museum costs 12 euros.

The shoes will be auctioned

One month after the exhibition, Messi’s pair of shoes will be auctioned, and the proceeds will be donated to charities for children with technological diseases.

Lionel Messi has so far 651 goals for the Catalan club, which he could leave at the end of the season, since his contract ends in June, and he will remain as a free agent, unless he renews after the election of the new president From Barcelona.