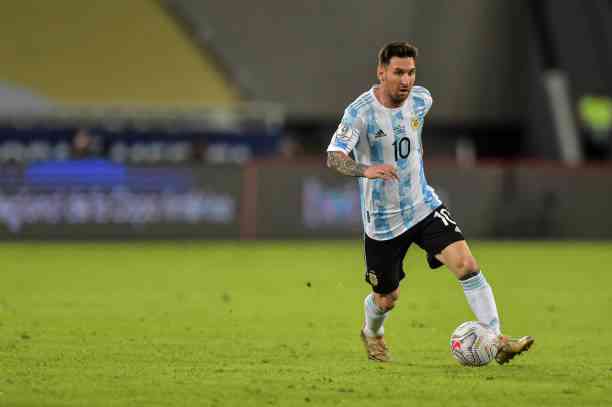 He’s crazy! Lionel Messi appeared in the Copa América in the best way: with a goal from a free kick in the duel between Argentina and Chile.

This year is the good one! Lionel Messi has several pending accounts with the Argentine National Team, among which is winning the Copa America. This year, the road began against Chile and the ’10’ debuted as the tournament’s top scorer with his specialty, the free-kick.

The Blaugrana player also took revenge against Claudio Bravo, who took away the possibility of scoring a similar goal in the South American qualifiers. With that score, the Albiceleste went to rest with an advantage, and the Chileans tied at 56.

This is Messi’s sixth participation in the Copa America, and the numbers do not favor him in previous editions. In addition to having lost three finals, two in a row, the idol in Barcelona went blank in Argentina 2011, and the controversy has won him sports.

Messi’s goal to appear in the Copa América

The first part of the match was painted albiceleste, with some saves by Claudio Bravo. The Chilean goalkeeper correctly covered his goal from a set-piece, but could not do anything before the magic of Lionel Messi in the free-kick.

La Roja’s back committed a foul on the edge of the area, which cost dearly when the clock exceeded half an hour of play. Immediately, Leo took the ball and stood in front of the goal for seconds later, sending it close to the angle, even though Bravo brushed it with his gloves.

Lukaku Says Goodbye To Inter Milan In His Own Way: “He Took Me Out Of Shit…”